International assistance flows into Beirut after deadly explosions at port

Various assistance from a dozen of countries and international organizations is flowing to Lebanon after deadly explosions rocked the Port of Beirut, showing international solidarity and humanism.

According to local media, Beirut Governor Marwan Abboud estimated on Wednesday that the explosions cost the city 3 billion to 5 billion U.S. dollars in property losses, worsening the city and the country’s suffering amid a government reshuffle and COVID-19 pandemic.

Most of the shops in Beirut’s downtown area, which is located near the port, were destroyed. Buildings in other locations in the city were partly if not fully destroyed. 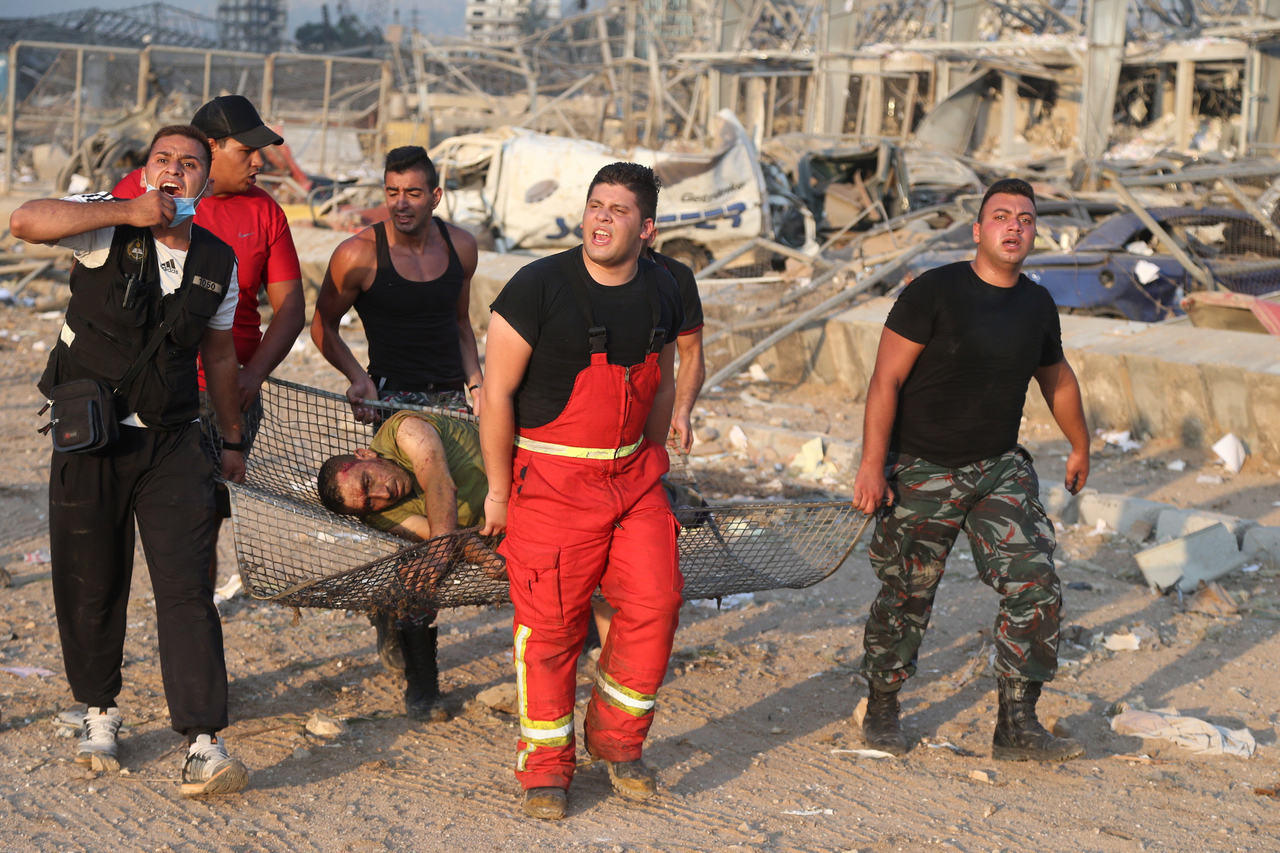 Furthermore, according to President of the Syndicate of Hotels Owners Pierre Ashkar, 90 percent of the hotels in the city were damaged while many of the employees and guests injured.

The number of deaths is expected to climb as search and rescue efforts goes on. What led to the blasts is yet to be determined as investigations are ongoing. Primary information reveals that ammonium nitrate stored in a warehouse at the port since 2014 is a possible cause.

Besides civilian casualties, over 100 UN staff are also injured in the explosions, including 22 members of the UN Interim Force in Lebanon (UNIFIL) who were in the port when the blasts occurred.

“We expect that the damage of the port will significantly exacerbate the economic and food security situation in Lebanon, which imports about 80 percent to 85 percent of its food,” said Farhan Haq, deputy spokesman for UN Secretary-General Antonio Guterres.

“This is a place that’s used both for goods for Lebanon but also for some of our activities in Syria,” he said.

Many countries and international organizations, including the UN, the Arab League and the European Union (EU), have expressed sorrow for and condolences to Lebanon over the deadly blasts.

“Our heartfelt condolences go to the families who have lost their dear ones. Our thoughts are with those who are hurt and injured,” UN High Commissioner for Refugees Filippo Grandi said in a statement on Wednesday.

The disaster in Beirut has attracted worldwide sympathy and support as international aid is flowing to Lebanon from the international community.

The World Health Organization is working with the Lebanese Health Ministry to assess hospital facilities in Beirut, their functionality and needs for additional support, particularly amid the COVID-19 pandemic. 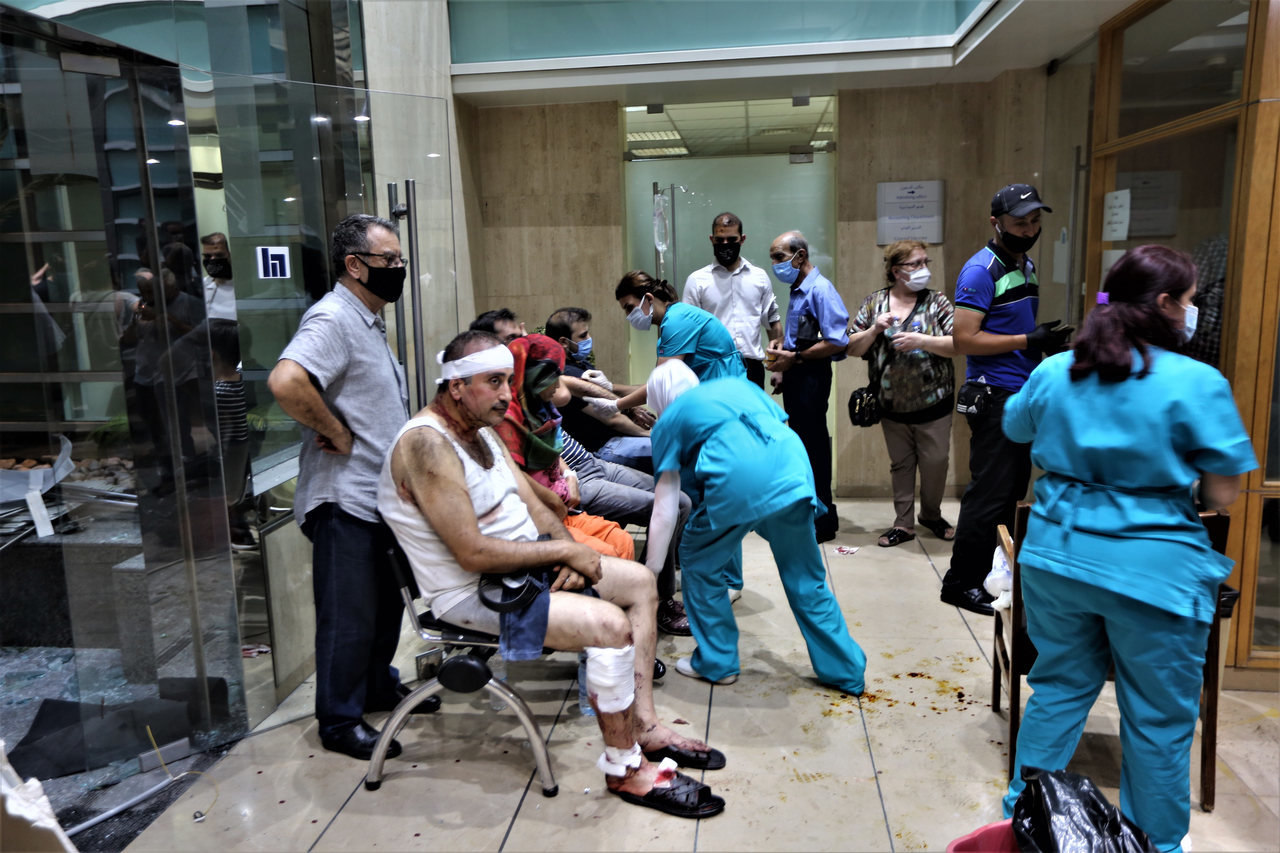 Upon the request of the UNIFIL, the 18th batch of Chinese peacekeeping troops to Lebanon has organized an emergency team of nine medical personnel carrying medical supplies and protective equipment, heading to the capital city.

Its neighbors in the Middle East have taken swift response on Wednesday.

Iran’s Red Crescent Society announced the shipment of 2,000 packages of food, weighing nine tons, to Lebanon, together with medicines, medical equipment and professionals. They will help to create a hospital in Beirut.

King Abdullah II of Jordan instructed that a military field hospital be sent to Lebanon as a rescue unit, which will be dispatched on Thursday.

Across the Mediterranean Sea, the EU has activated Civil Protection Mechanism, coordinating the urgent deployment of over a 100 firefighters, with vehicles, dogs and equipment, to help Lebanese authorities save lives on the ground.

According to EU Commissioner for Crisis Management Janez Lenarcic, the mechanism will have participants like Germany, France, Poland, the Netherlands, Greece and the Czech Republic.

After five Russian aircraft were reportedly sent to help Lebanon remove rubble resulting from the explosions, Russia said Wednesday that the country will send a group of equipped rescuers to the Lebanese capital, together with an airmobile hospital and a mobile lab.