energy Hungary Paks nuclear plant project renewable energy
Climate protection, a green future and low utility bills are not possible without nuclear energy, János Süli, the minister without portfolio responsible for the Paks nuclear plant upgrade project, said at the Planet Budapest 2021 sustainability expo and world conference on Wednesday.
The Hungarian government’s goal is to build two new state-of-the-art blocks that meet the strictest safety standards at the Paks plant, which could contribute to Hungary’s carbon-free electricity production for decades to come, Süli said in his presentation.
The government made the responsible decision when it made a long-term commitment to nuclear energy alongside renewable resources, the minister said, arguing that this decision was critical to the country’s energy security.

Süli noted that one-third of Hungary’s electricity demand is supplied by the Paks plant.

FM Szijjártó: Hungarian and Russian ties tighten
The four Visegrád Group countries “have chosen the sustainable path” by using nuclear power, Süli said, noting a study by the United Nations Economic Commission for Europe (UNECE), which named nuclear power as the most climate-friendly energy source. According to the UNECE’s calculations, nuclear energy uses less land, requires less raw materials and results in lower CO2 emissions than renewable resources, he said.
Meanwhile, he said rising utility prices were a growing burden on European households, noting that Hungarians were paying one-third of what Berlin residents were paying for electricity, and the lowest price in the European Union. 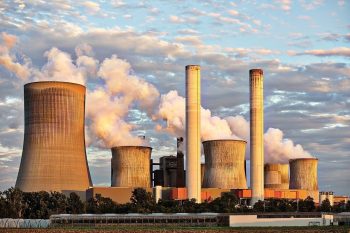