Africa European Commission European Union Foreign Affairs Ministry of Hungary Hungary NATO trade Ukraine
Hungary will continue to promote its national interests in foreign policy, Péter Szijjártó, the minister of foreign affairs and trade, said at an annual parliamentary hearing on Tuesday.
By consistently implementing its foreign policy strategy over the past year, Hungary has been able to protect the health of the Hungarian people, relaunch its economy quickly, counter the pressure posed by migration and secure energy supplies, Szijjártó told before the foreign affairs committee.
He said the effects of the coronavirus pandemic had upset the global economic and political status quo and created serious health, economic, energy supply and migration problems for the European Union over the past two years. “These problems have led to serious debates,” he said, adding that

Hungary “would continue to participate in those debates in future and seek to enforce its national interests”.

Speaking about migration, Szijjártó said the EU faced “unprecedented pressure” simultaneously from three directions. He noted that just this year, Hungary alone has stopped 110,000 migrants at its southern border. The minister stressed the need to support the African countries’ efforts to keep their residents in their home countries instead of promoting their migration to Europe. “Hungary has done its share,” Szijjártó said, noting Hungarian water management development projects in the continent, a donation of 1.5 million doses of vaccines and the implementation of 60 projects in the framework of the government’s Hungary Helps humanitarian aid programme.
As regards energy policy, Szijjártó said Hungary “was not willing to make a political-ideological question” out of its gas supplies. He noted the agreement

Hungary concluded with Russia’s Gazprom which ensures gas supplies to the country from the west and the south.

Speaking about trade, Szijjártó said the policy of opening to the East “had worked”, noting that 2021 will be the

third consecutive year when most foreign investments have been made by eastern investors, to the tune of 4.5 billion euros so far.

Zsolt Németh, the head of the committee, called the renewal of the minority ministerial committee an important achievement of Hungary’s Council of Europe presidency. Szijjártó responded as saying that “the door was slammed on national minorities in Brussels, so we had to open another one”.
Asked about Hungary’s relations with Ukraine by Attila Mesterházy, the committee’s deputy head for the opposition Socialists, Szijjártó said that bilateral relations had improved with almost all of Hungary’s neighbours. Ukraine, however, was another case, he said, citing continued violations of the rights of ethnic Hungarians. “Hungary for this reason

continues to block ministerial level talks between NATO and Ukraine,”

he said, suggesting that there might be a similar measure in talks with the EU, if there is no progress.

Asked about relations with Romania by Barna Pal Zsigmond, of ruling Fidesz, Szijjarto said the government would seek cooperation with the neighbouring country’s new government. 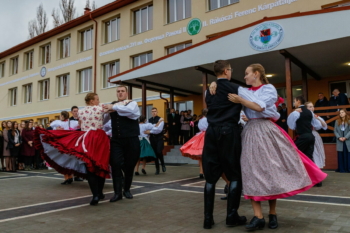 Read alsoMinister: Hungary ‘generous’ in its support of Ukraine