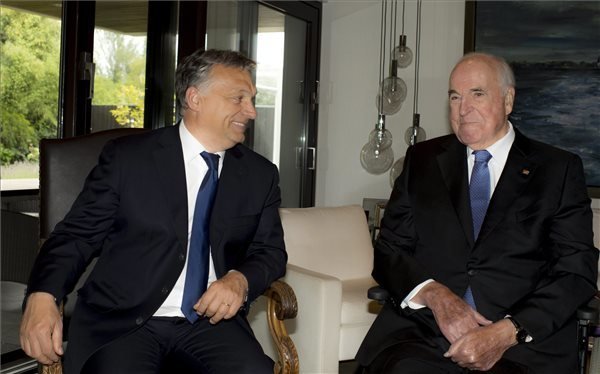 At the meeting, Orban thanked Kohl, whom he called a friend of Hungary, for his assistance to the country both before and after the political regime change of 1989, Bertalan Havasi, the PM’s press chief, told MTI.