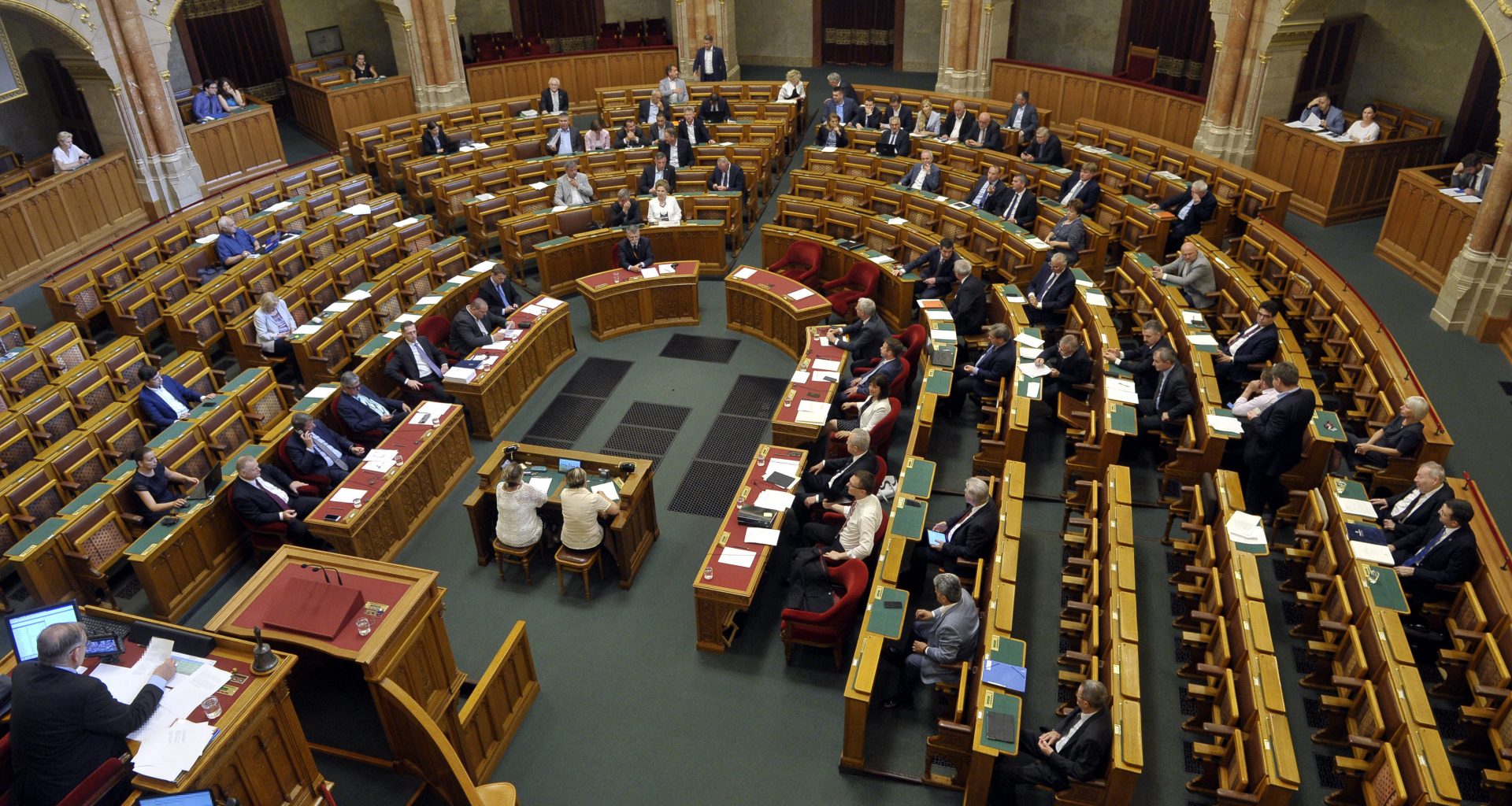 “This budget is not only for Hungarian families and businesses, it will also improve the lives of all Hungarians,” Banki said, highlighting tax cuts, less red tape and increased subsidies. He also noted that the bill aimed at covering public-sector spending from revenues.

The proposal “is fully in line with the goals and expectations of the Fidesz group,” he said.

The opposition Jobbik party’s Dániel Z. Kárpát insisted that the bill would benefit certain groups while providing nothing to others.

Hungarians that had been “forced” to leave Hungary to find jobs in other counties.

A housing programme is needed so people returning to Hungary will not spend years saving up for a home, he said.

Z. Kárpát also criticised the government for failing to provide a final account of the previous budget, which he said would make hinder decisions on allocations for next year’s budget.

According to the Socialists, the bill “is unjust and anti-future”. Socialist leader Bertalan Tóth said the government sought to “redistribute” some 2,200 billion forints, the difference between this year’s revenues and those of 2020, and “spend it on itself and associated circles” rather than on efforts to help the country close the gap with its neighbours.

The Socialists propose that 1,000 billion forints or more should be re-allocated to pensions, education, health, and welfare services, Tóth said.

Tóth insisted that the family benefit and maternity allowances “gyed” and “gyes” had not been raised since 2008 and he called for the former to be doubled and the other two tripled.

The Democratic Coalition (DK) said the bill reflected an effort to “do nothing, continue political propaganda and to simply survive”. DK leader Ferenc Gyurcsány said there was no “meaningful professional or civil control” over the budgeting process, adding that the proposal reflected Fidesz’s “reluctance” to introduce the euro in Hungary.

the government’s family policy, saying it went in the “wrong direction” and would yield “no positive results”. “We disagree with you from A to Z. And not just a bit. Very much,” he added.

Green opposition LMP’s Antal Csárdi accused the ruling parties of wanting to exploit the present. He criticised the government for cutting spending on education, environmental protection and the fight against climate change while giving more money to multinational corporations.

the bill failed to address Hungary’s wage, housing and climate crises and would not help single-parent families, forex debtors or young people starting out in life.

Neither will the budget improve health care, education or the situation of pensioners, he added.

Opposition Párbeszéd called the bill a “sham”, saying that the health-care budget would barely change from this year’s while education would be “the biggest loser”. Párbeszéd MP Tímea Szabó said her party rejected the bill and would submit a comprehensive amendment proposal to it.

Tamás Mellár, another Párbeszéd lawmaker, said the Fiscal Council was wrong when it said the foundations of the Hungarian economy were stable. He said Hungary had a growth potential of 1-2 percent, which was being “propped up” to 4 percent. Mellar said that though this growth rate was sustainable, Hungary was headed towards a “dead end” and coming back from there would be painful.