The outdoors aeroplane museum, Aeropark, has re-opened last weekend at a new location: at Liszt Ferenc International Airport. Travelo.hu reports that the relocation was because of the expansion of the parking lot at the airport, but this was beneficial: there are new attractions, it’s cleaner and more pleasant.

Aeropark has moved to a spacious and nicer new location, where the collection of the best and most unique aeroplanes of Hungarian air travel will be put on display. Visitors are welcome to get a glimpse into forty years of Hungarian air travel, starting with the first MALÉV Li-2 plane (MALÉV was a Hungarian national airline), up until the Tuplojev TU-154 B2, in which several aircraft, the first Instrument Landing System (the Tesla production) and different kinds of airplane engines are exhibited. 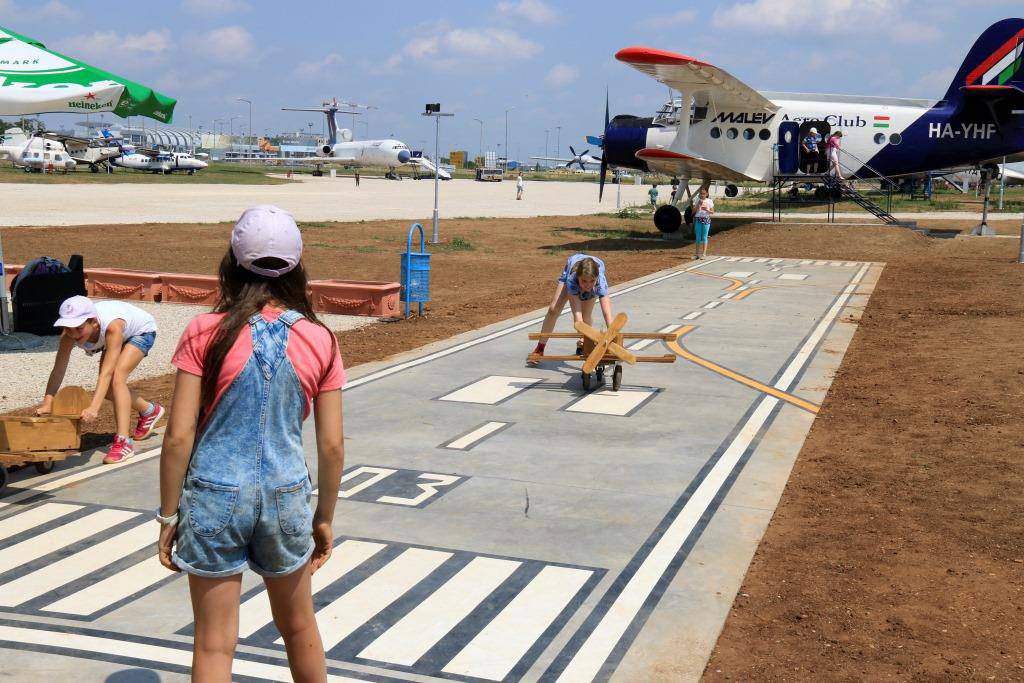 Using a modified AN-2, the Aeropark has built a playground as well, which quickly became the kids’ favourite part of the park: they could ‘fly’ on the grounds of the Aeropark. The plane-shaped flower-boxes are also popular, along with the runway painted on the concrete.

The popular airport visits by bus are still on, where you can visit Budapest Airport and get a glimpse behind the curtain in an Ikarus 250 bus, which is painted in the colours of the old Malév Air Tours.

The trial exhibition was opened on June 3rd, where arrangements are still being made for the second two big events: Cars and Coffee on June 13th in the Aeropark, and the Night of Museums on June 20th.