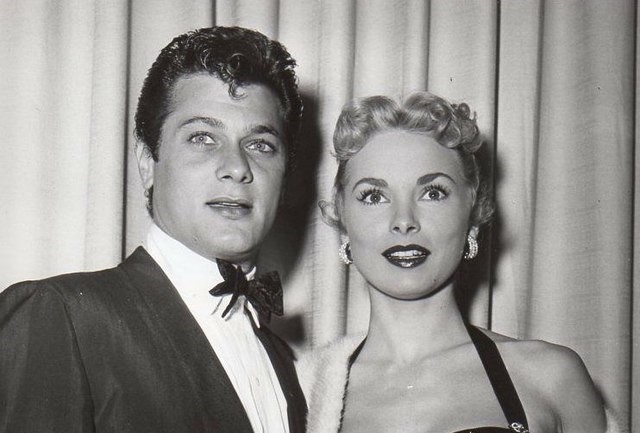 Everybody talked in Hungarian around him, so he thought they were living in Hungary – he said in an interview. Tony Curtis (1925-2010) was born in New York under the name of Bernát Schwartz on June 3.

His father arrived in the USA at the beginning of the 1920s in search of a better life – blikk.hu reported. He met his later wife in New York. She was a Hungarian, as well, coming from Debrecen. Their first son, Bernard Schwartz, was born in 1925. Interestingly, they spoke Hungarian at home since they did not know English, so Tony Curtis, as a small kid,

thought he was living in Hungary.

“I thought I was living in Hungary until I was six. Then, in New York’s Bronx, I realized that I do not. I was beaten many times because I was different, I was Hungarian – he said later in an interview. Later, he took the stage name Tony Curtis in a tribute towards Michael Curtiz being the first American director of Hungarian origins.

His father ran a tailoring workshop, but the business did not go well, so he lived in poverty with his two brothers.

“My father was not a happy man, that could be seen on his face. He smoked a box of Lucky Strike each day which killed his lungs by he became 40.

He was nervous because we did not have a house,

but when I was able to buy one for him as a popular actor, he became very ill” – Tony Curtis remembered once to this period of his life.

heard about Hungary and Mátészalka (a small town in NE Hungary) from his father,

which inspired him to search for his roots. When he threw a party, the goulash soup did not miss from the tables together with the pancake, the Hungarian strudel (rétes), and the Hungarian wines.

As a Hollywood celebrity, he came to Hungary in 1985. He spent the nights in the Hilton and ate stuffed cabbage for dinner. In Szentendre, he bought traditional Hungarian clothes, including a hussar pelisse and visited Mátészalka, where he could not withhold his tears. Three years later, he came again to Budapest.

After he arrived, he got into a cab and drove all along the downtown thinking about his father, who might wander on the same streets decades before.

Tony Curtis died in 2010 September at the age of 85. His career spanned six decades, achieving the height of his popularity in the 1950s and early 1960s. Acting in more than 100 films in roles, he covered a wide range of genres, from light comedy to serious drama. In his later years, Curtis made numerous television appearances. He is the father of actresses Kelly Curtis and Jamie Lee Curtis by his first wife, actress Janet Leigh.