Parliament is to hold a vote on the four candidates on Tuesday afternoon.

The governing party members of parliament’s justice committee endorsed all of the candidates on Monday.

Ildikó Horcher Marosi, a Kúria judge who is now applying to join the constitutional court, said at the hearing that the two courts should engage in more intensive dialogue and “conflict in the air” should be defused, which is why better communication would be helpful. The constitutional court should not “teach” judges of the general courts about the law, which “they already know”, she said. Rather, they should be given constitutional guidelines but then “allowed to deliberate and rule in the cases assigned to them”. 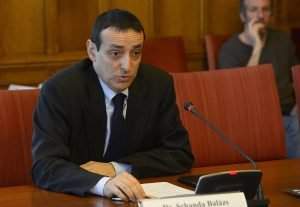 Balázs Schanda, another candidate, called for “common sense” and a human approach to the highest levels of legal practice. Concepts such as environmental protection, the family and language are the unwritten precursors to a democratic state, he argued. 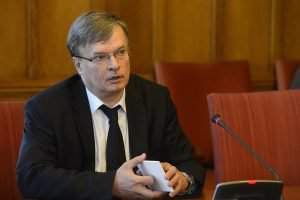 The fourth candidate, Attila Horváth, who is author of a new national declaration to be added to the preamble of Hungary’s basic law, said it was important to apply the timeless, rational principles of Hungary’s “historic constitution” which are still valid today.

The oppositionJobbik party stayed away from the vote to endorse the candidates, saying that “it is not the candidates but the nomination procedure that Jobbik has issues with”. The Socialists did not take part in the hearing or the vote.

The Socialists claimed the nomination process had been “unlawful”. The committee required nine members to endorse the candidates, but since the Socialist representative resigned prior to Friday’s vote, the body had been one short of a quorum, Bertalan Toth, the party’s group chief, told a news conference.

The opposition LMP party, which does not have a seat on the justice committee, said on Monday that “there is no evidence to question the independence of the four candidates”. LMP called its intention to vote with the governing parties for the candidates “damage control”. The current top court has seven members whose independence is questionable, LMP said. The court so far had been reluctant to take on matters which would displease the government, it added.

The opposition Democratic Coalition (DK), on the other hand, accused LMP of “collaborating” with the governing parties and the four candidates. DK questioned the independence of all the candidates, claiming they had ties with the ruling Fidesz party. DK will take part in the vote on Tuesday and reject the four candidates, the party’s spokesman László Varju told a press conference on Monday.

The opposition Dialogue party said Fidesz was trying to “fill the constitutional court with party soldiers…” The party’s spokeswoman Tímea Szabó told a press conference that her party’s lawmakers who sit as independents would not take part in Tuesday’s vote, which she called the “finishing touches to the butchery that has been carried out at the body for six years”.

Liberal Party leader Gábor Fodor said he would not vote for the candidates since the court would be unable “to fulfil its role of providing legal control”.