The 5 most beautiful libraries in Budapest 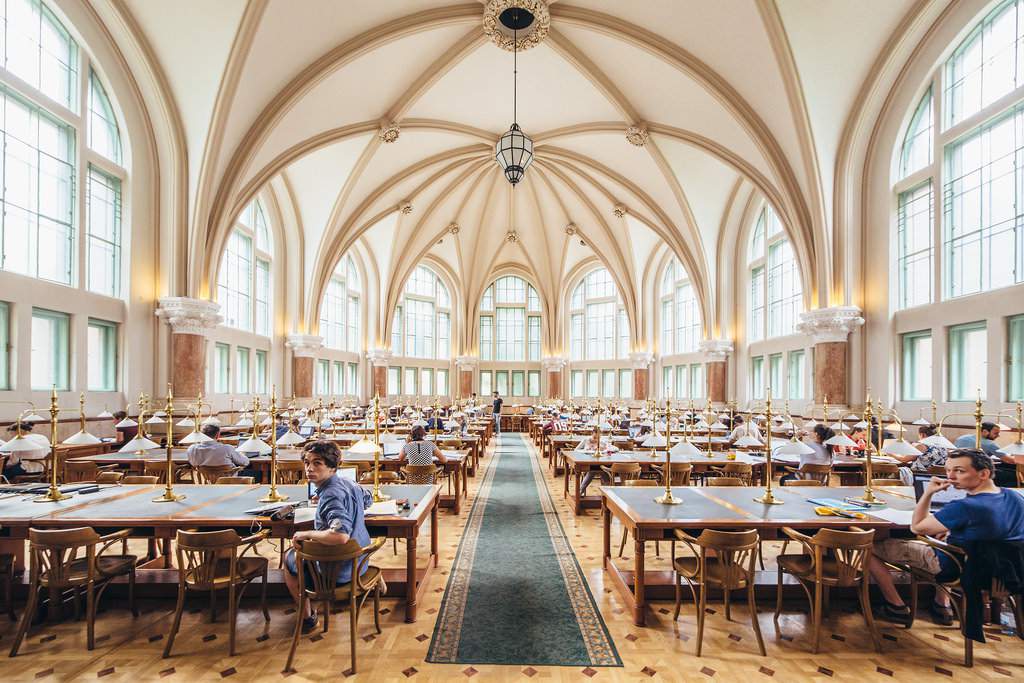 I might be biased as a humanities student, but libraries have always enchanted me. There is something special about the monumental buildings filled with the smell of old books. Even if you are not into books and reading, you can check out a few really beautiful libraries in Budapest that are simply really nice to look at.

The Eötvös Loránd University Library at Ferenciek tere [Franciscans’ Square] is devoted to serve the students and teachers of Eötvös Loránd University. The building that we see today was built in 1876, and it was designed by Antal Szkalnitzky in an eclectic style. However, the library itself is much older, it was founded in 1561. The library currently has 1,600,000 volumes including 200 codices and 300 medieval charters.

The library has a beautiful reading room which is almost always full with busy (and sometimes desperate) university students trying to catch up on their reading or preparing for their exams. The walls are decorated with beautiful murals.

This library is really special. Eötvös Loránd University’s Faculty of Humanities had an old courtyard that hosted the popular pub Holdudvar (now located on Margaret Island), until the whole place was transformed into a huge library in 2006. As soon as you step into the library, you will be amazed by the incredibly high ceiling and the tons of natural light that fills up the huge space. 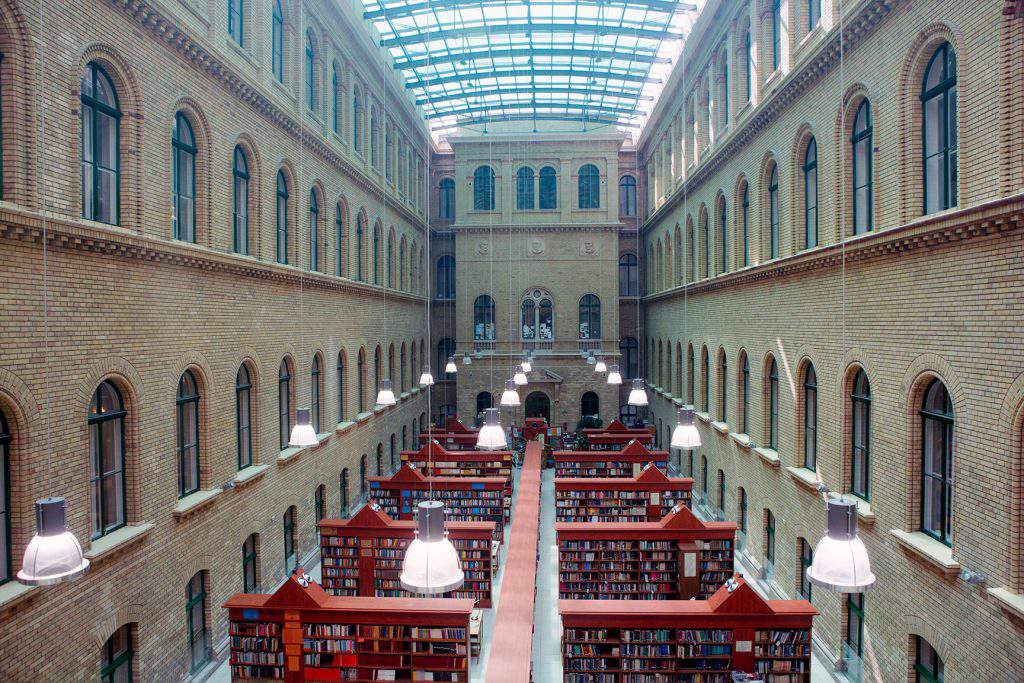 The number of books on the shelves might not seem so impressive at first sight, but the majority of the library’s collection is actually stored in the underground archive. Unfortunately, only students of the university can use the library itself, but nobody will be sent away for looking around a little. 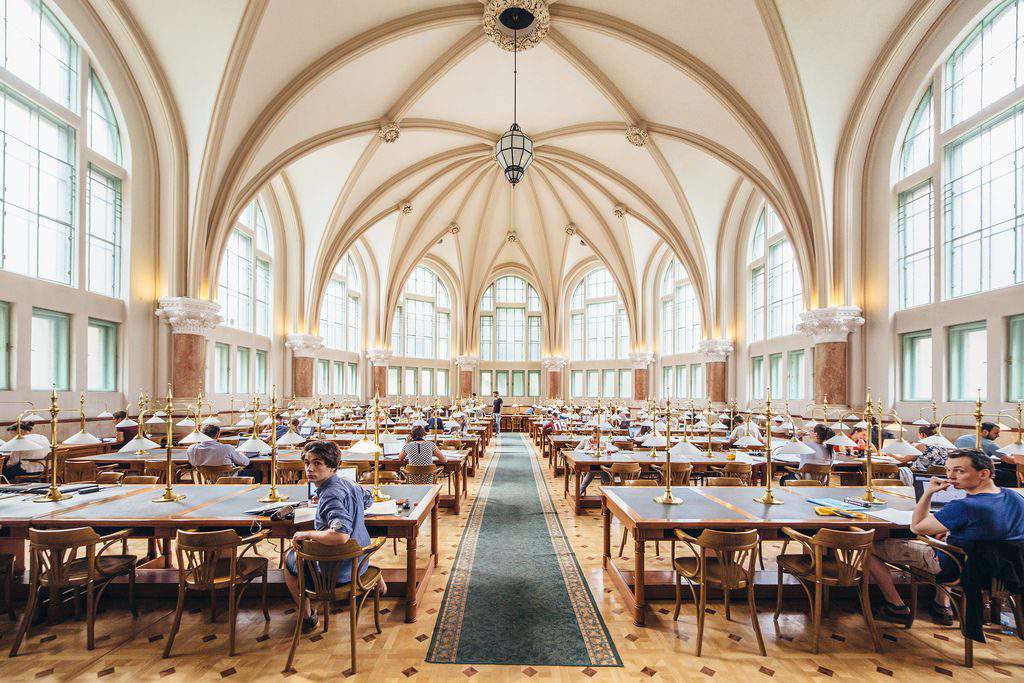 The Central Library of Budapest University of Technology and Economics (BME) was founded in 1848. Until 1930, it was the only reference library in the country that had technical and natural science books. The library moved a lot over the years, and the building that we can see today was built in 1909 in neo-gothic style. The library’s building was designed by Samu Pecz.

4. Library of the Hungarian Parliament

The library currently has 700,000 volumes. Besides the recent volumes of Hungarian and foreign journals, a huge collection of documents of the Hungarian Parliament is also located in the library. Obviously not anybody can borrow these documents, only representatives and employees of the parliament. Altogether 130 people can use the central reading room of the library.

This is definitely one of the most popular libraries of the capital. It is a public library, unlike the others that have been mentioned on this list. The library was founded in 1904, and it was named after famous Hungarian social scientist Ervin Szabó, who was one of the first people to work at the library. The central library is located near Kálvin square at Szabó Ervin square, and it is actually part of a chain of libraries.