5 Hungarian soups to die for 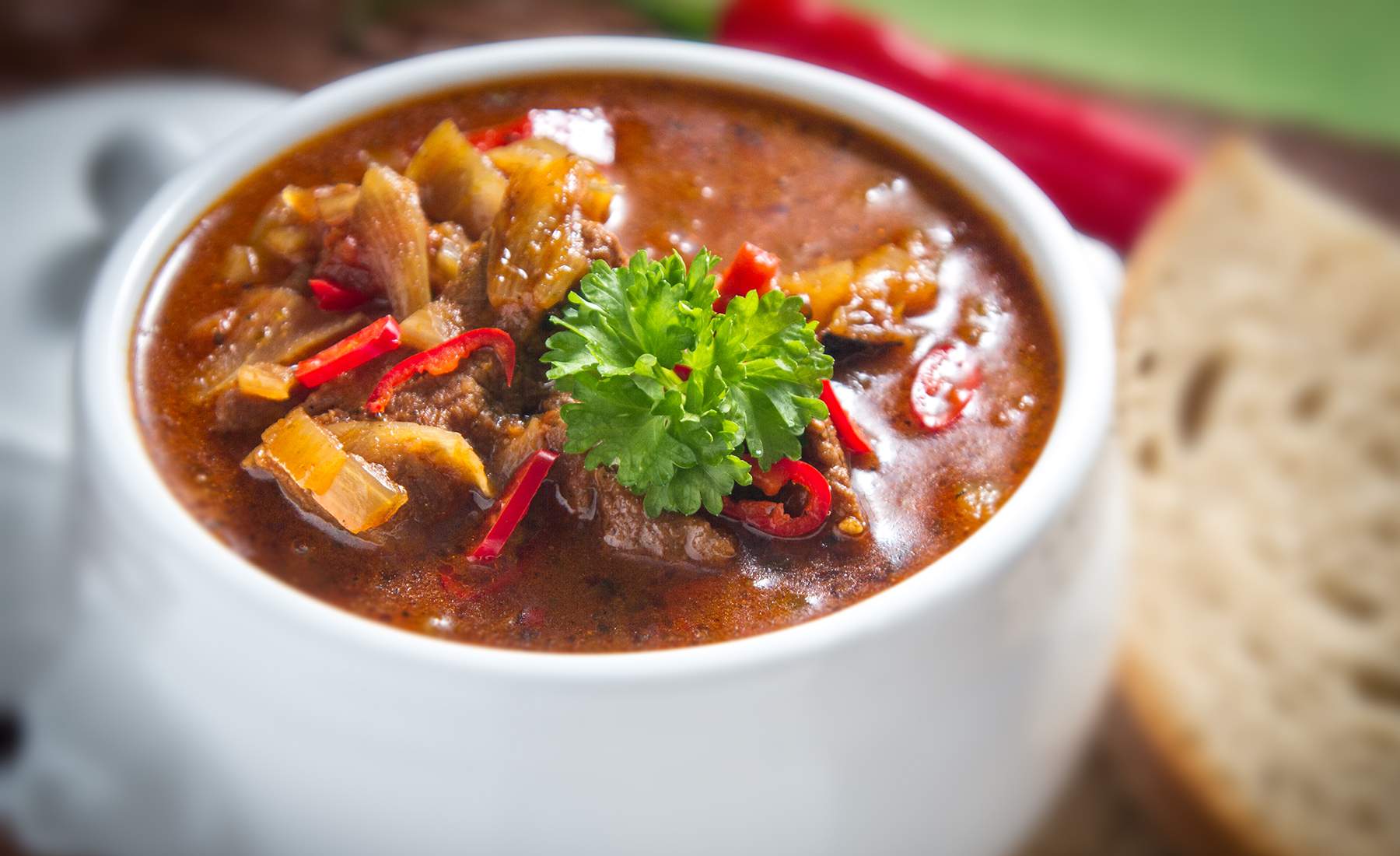 When thinking about the Hungarian cuisine, one of the first meals that come to your mind is probably the goulash soup. Hungarians love to eat, and we love spicy soups, especially when the weather gets cold. Here are five Hungarian flavoured soups to try this autumn/winter 🙂

The reason we wrote “Hungarian flavoured soups” in the lead is that it is not necessarily a collection of traditional Hungarian soups that is coming up. These are soups magyarorszagkul.nlcafe.hu highlighted as some of the favourites of Hungarians.

Spicy sausage and bean soup in a loaf of bread

A filling and a delicious soup, perfect for cold nights. It is especially great when served in a loaf of bread. You’re going to need 1litre of chicken stock, 300 grams of sausage, 2 tomatoes, 1 turnip, 2 carrot, 1 onion, 2 cloves of garlic, 150 grams of beans, salt, pepper and some sour cream for the topping. It’s spicy, it’s served with sour cream – doesn’t it sound typically Hungarian? 😉

This video was shared on a popular international page, but it could fit into a Hungarian cookbook as well. We love hearty meals, and the combination of potatoes and bacon/ham/lard is a divine one. You’re going to need 2 strips of bacon, 1 cup of onion, 1 cup of carrot, 1 cup of celery, 3 tablespoons of flour, 2 cups of ham, 2 potatoes, 6 cups of chicken stock, 2 cups of heavy cream, some sage, salt and pepper.

By this point, you probably realised that Hungarians like to pair one kind of meat with one kind of vegetable, and base whole dishes on these pairings. Lentil soup is delicious in itself, but why not add some sausages and potatoes? You’re going to need 300 grams of lentil, sausage, 2 carrots, 2 turnips, 4 potatoes, 3 cloves of garlic, a tablespoon of flour, parsley, paprika, salt and pepper. 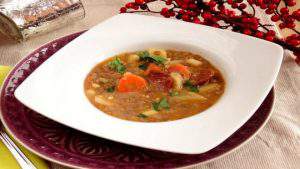 Did you know that the soup wasn’t named after the Palóc ethnic group? It is believed that it was created by János Gundel in honour of the author Kálmán Mikszáth, “the great Palóc”, who loved to eat. You’re going to need 600 grams of meat, 1 onion, 2 cloves of garlic, 400 grams of green beans, 400 grams of potatoes, 2 tablespoons of flour, cumin, paprika, salt, pepper and 2 dl of sour cream.

Of course the goulash couldn’t be missing from the list. It is very Hungarian and very delicious. It’s so filling that it’s not even like a soup, more like a one-pot meal. You can read about its story and recipe here.