Amazing video of the renewed Museum of Fine Arts

The Liget Budapest Project provided an opportunity to renovate the building of the Museum of Fine Arts, which is the most important reconstruction in its history. Construction was finished at the end of 2018. Now, there is a fantastic video showing off the renewed museum in all its glory.

The Museum of Fine Arts was going through a complete renovation that started in 2015 and was finished by the end of 2018. Serious budget was allocated to renew the famous Romanesque Hall, which covers about 40% of the entire building, origo reports.

The Romanesque Hall has a floor area of 900 square meters. It has been closed to the public for about 70 years due to the severe damage from the Second World War. The damage was deemed to be unfixable. Thus, the hall was eventually closed and remained that way for 70 years. Over this period, the room has been functioning as storage.

Seventy restorers were working for a whole year on the renewal of the hall’s murals. 1500 l of preservatives, 100 kg of pigments in various colours, and 5.5 kg of gold have been used to renew the 2500 square meter wall in the hall.

After the Romanesque Hall’ reconstruction was finished, it was opened to the general public free of charge for a short period (March 2018 – April 2018). Then, it was closed again until the entire museum was ready to reopen with a refreshed image at the end of 2018. 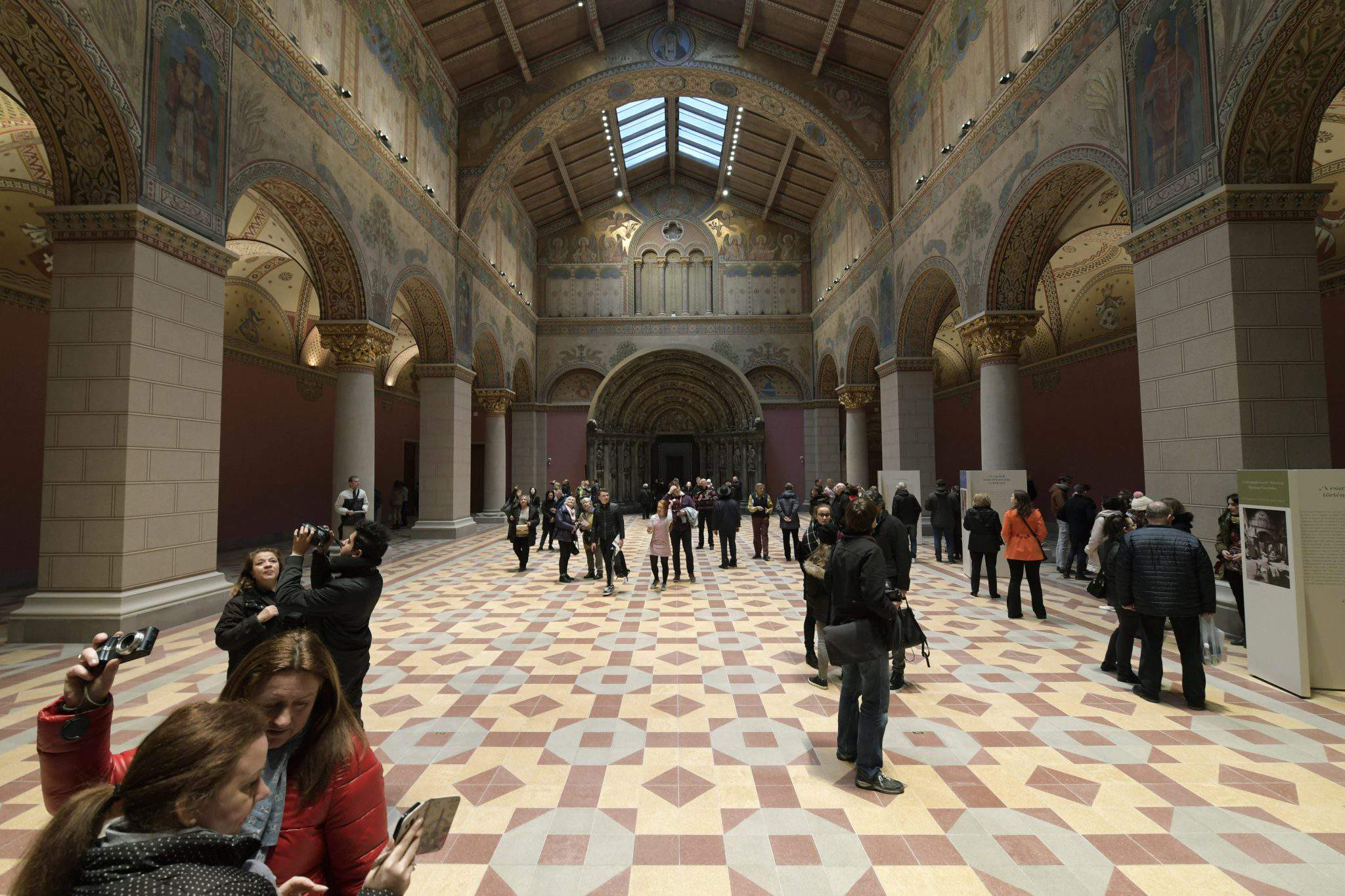 According to Zoltán Balog, Minister of Human Capacities: “One of the Hungarian cultural policy’s major debts was repaid by renovating the Romanesque Hall.”

The Hungarian Government shared a beautiful video of the renewed museum on its Facebook page. “After the most comprehensive renovation, the Museum of Fine Arts is a place which is truly worthy of showcasing the history of Hungarian and global art. This project is part of the grander Liget Budapest Program, which is Europe’s biggest cultural development program” – as stated in the post.

In this short video, we are able to catch a glimpse of not only the renewed Romanesque Hall but also of the renovated Michelangelo Room and some of the famous artworks displayed inside the walls of the museum. Watch the video below.

More and more tourists visit Hungary from Great Britain which shows that the…
Hate should not be commemorated with more hatred but with dignity, Slomo Köves, the…
We and our partners use technologies, such as cookies, and collect browsing data to give you the best online experience and to personalise the content and advertising shown to you. I accept
Privacy & Cookies Policy