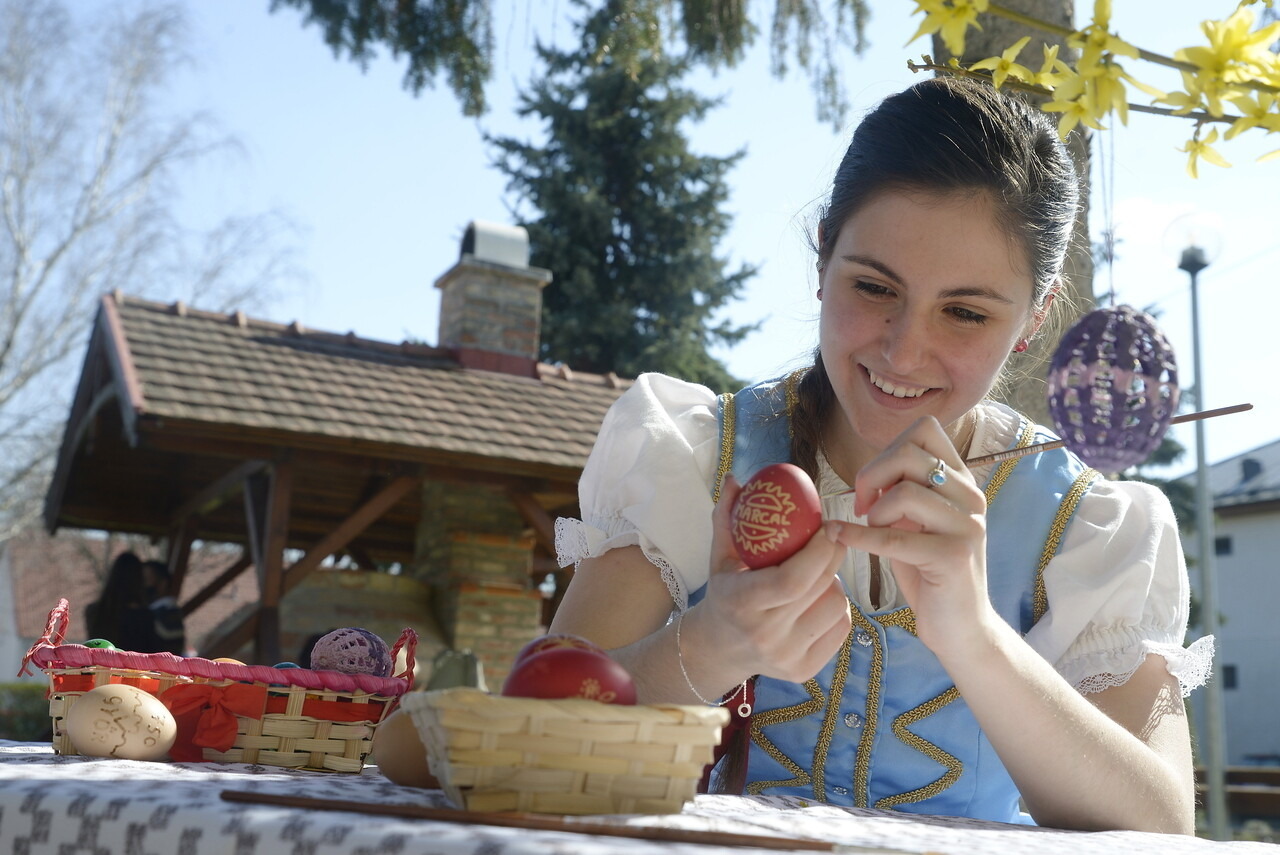 Girls used to be whipped instead of the now customary watering? Get to know the traditional roots of the Hungarian Easter celebration!

Is the egg brought by the Easter bunny a new-age urban custom? What about old traditions like Good Friday morning pálinka drinking, Pilate burning, border detour, or Easter whipping? We gathered these forgotten festive folk customs for a joyful Easter weekend.

Hungarian customs surrounding the days of Easter are often thought to be entirely Christian, but thats definitely not the case. As it will become very apparent later on, Hungarian customs have strong pagan roots that were later moulded to fit the Christian standards. There are a few modern, western influences as well that make our celebration on the surface very similar to commercially well-known Easter.

As early as the third century, there are records of how the Hungarian ancestors celebrated Easter. For example, traditionally, one shall not be sweep on Easter morning because then you are sweeping luck from our lives. It is also forbidden to shake or dust the blanket, as this will bring us bad luck. Its also believed that a squirrel crossing our path is a sign of bad luck.

Anyone who wears a new outfit on Easter will be lucky all year round. On the other hand, if you wear something inside out, you should brace yourself for a period of bad luck!

On the Friday before Easter, also known as Good Friday, several unique habits are customary. It was believed that feeding peppercorn or chilis to our gander or rooster that day ensures that the birds have a prolific summer.

It was believed that whoever drinks pálinka, a distilled spirit made out of various fruit, on Good Friday morning and falls asleep somewhere in the summer, the snakes will not crawl into their mouth. But in the countryside of Szeged and Subotica, the girls went to wash and comb under the willow tree on Good Friday because then their hair could become beautiful – according to hellovidek.

According to the Hungarian Ethnographic Lexicon, Pilate was burned on Good Friday, Good Thursday or Good Wednesday. A straw puppet symbolising Pontius Pilate, who crucified Jesus, or in some cases Judas, who betrayed the Son of God, was made to be beaten or burned.

Ritualistic village tour against the evil spirits and frost

The lads and the newlywed men bypassed the church, after which they marched through the village singing loudly, praying for a bountiful and generous year. The lads later pinned a pine branch decorated with colourful, ornate ribbons, pieces of paper, and wax-painted eggs to the gate of their loved one. Its name was Dawn Tree. These traditions protected the spring sowing from evil, frost, and hail.

It is still customary to sprinkle or water on Easter Monday, meaning sprinkling the women with a bit of water or cologne, or in more extreme cases, water them thoroughly with soda water or a bucket. In the Bakony, on the other hand, there was no watering but Easter whipping. Both habits are mainly for fertility in traditional pagan work. The lads whipped the girls on Easter Monday, saying this:

This short rhyme roughly translates to “Don’t have warts/don’t have fleas/be fresher this year!” It functioned as an amplifier of fertility and feminine energy.