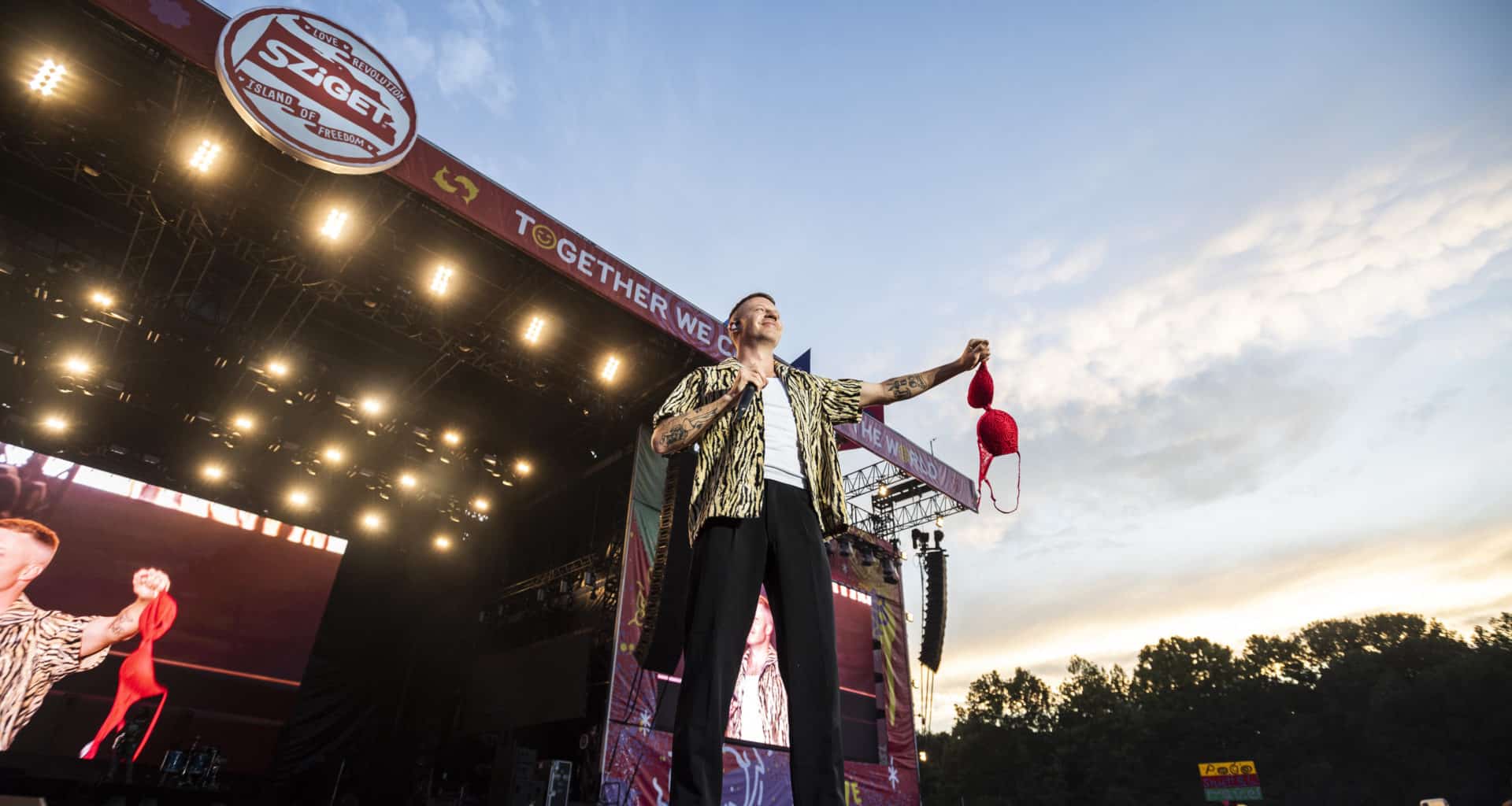 Among the headliners at this year’s festival were Ed Sheeran, Macklemore, The National, Post Malone, Florence + The Machine, Twenty One Pilots and Foo Fighters.

Overall, the festival featured more than 1,000 artists from 62 countries.

The event attracted visitors from some 100 countries, with most foreigners arriving from the United Kingdom, the Netherlands, France, Germany and Italy.

A Love Revolution, Sziget uses its power of our community, guided by love, to support causes that could help the planet become a better place. Each day on the mainstage, appearances from the likes of Dr Jane Goodall (UN peace envoy and environmentalist) Emtithal Mahmoud (poet, activist and UNHCR goodwill ambassador) and Al Gore, (former US Vice President, founder of the Climate Reality Project and NGO) whose thoughts were shared through a video message.

With artists appearing across the week including Ed Sheeran, The 1975, Martin Garrix, Richard Ashcroft, 6LACK, Macklemore, James Blake, The National, Mura Masa, Post Malone, Years & Years, Jungle, Florence & The Machine, Catfish & The Bottlemen and the Foo Fighters (to name but a few).

On Instagram after his mainstage set, Macklemore wrote: “75,000 tonight in Budapest at Sziget. THIS IS LIFE & I LOVE YALL. Thank you for giving me this platform to be on stage & do what I’ve always loved. Grateful beyond words.” On twitter, Martin Garrix said: “One of the craziest shows of my life.. thank you @szigetofficial that was magical!”

The Mastercard Stage by A38 brought an eclectic array of fresh artists to its tent with a diverse line-up spreading across rock, pop and electronic genres with A-grade musicians such as Pale Wales, Grace Carter, IAMDDB, Superorganism, Idles, Alma, and a very special spellbinding late-night performance from James Blake.

A programme of learning experiences at Sziget featured predominantly with daily talks held on the mainstage by Dr Jane Goodall (UN peace envoy and environmentalist) Emtithal Mahmoud (poet, activist and UNHCR goodwill ambassador) and Al Gore,(former US Vice President, founder of the Climate Reality Project and NGO) whose thoughts were shared through a video message. There were over 30 talks at the TEDxBudapest Salon, presentations and discussions on human rights, bullying, interculturality at Tent Without Borders.

Sziget’s programme is a celebration of all art forms. All over the site, villages, stages and workshops featured performance art, cabaret, comedy, acrobatics and dancing. Hungarian culture was celebrated in the Hungarikum Village with folk bands and Hungarian folk dance companies. The Cirque Du Sziget featured Mallakhambindia, five of India’s best mallakhamb artists and the very first Ethiopian circus created by Ethiopean artists Bibi and Bichu of Circus Abyssinia. The Magic Mirror spiegeltent programme dedicated to celebrating queer culture was once again one of the most hotly ancitpated and attended programmes on the schedule. Late each night, it featured all male, self proclaimed manufacturers and distributors of evocative, irreverent, political punk performance, The Briefs: The Second Coming for an hour of boylesque, tricks, valiant aerial acrobatics, irreverent interludes and ferocious fanfares.

Known for being one of the most picturesque festivals in Europe, more than 100 different works of art were displayed, including unique sculptures and functional space installations such as the Luminarium, designed by the Architects of Air from England and Before I Die, street art by US artist Candy Chang.

In-keeping with their Love Revolution programme, this year‘s Sziget Festival continued to pay special attention to sustainability and the environment, ensuring visitors can gain insight into the world of climate start-ups at the Green Sziget Center programme. With a goal of maintaining and increasing the 50% recycling rate of 2018 in place, last year’s reusable-cup system continued this year, replacing around 1.5 million disposable plastic cups are replaced by “multi-way” glasses. Continuing last year’s “Don’t Suck” campaign (which encourages festival attendees to avoid drinking with straws), preveted the use of 600,000 straws. Sziget also puts a special emphasis on reducing non-recyclable waste in catering establishments. Further to this, Sziget distributed 50,000 pocket ashtrays at the entrance of the festival. The Festival also launched a new dining block this year, focusing on sustainable nutrition wherein festival attendees can find places to buy low-carbon foods.