The few thousand demonstrators demanded the reduction of centralisation and bureaucracy, restoring the school leaving age to 18 and changes to the teacher career model which links experience to pay levels.

The chairwoman of teacher trade union PSZ, Piroska Gallo, said teachers have “run out of patience” and will now voice their complaints and demands “for the sake of the children”. She said the government “does not understand” the problems teachers have with the education system “because it does not even want to”.

Head of teachers trade union PDSZ Laszlo Mendrey said teachers “would become the new migrants threatening the government’s system of national cooperation”. He said Human Resources Minister Zoltan Balog has failed to notice that Hungary’s education system is “broken”. He said the government’s newly-formed public education roundtable is “incomplete” and only the government’s allies would be allowed to participate.

Teachers in several other cities also joined in the protests started with an open letter demanding reforms by the Otto Hermann secondary school in Miskolc last November. Besides Miskolc and Budapest, Győr, Sopron and Veszprém, all in western Hungary, are among cities where teacher demonstrations were held on Wednesday. 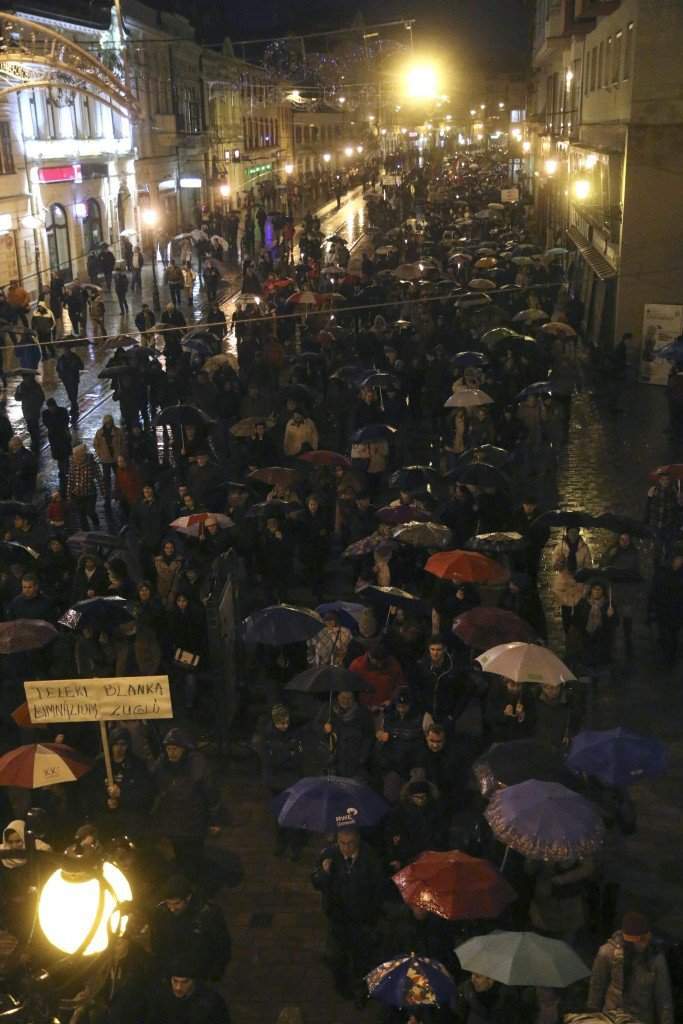 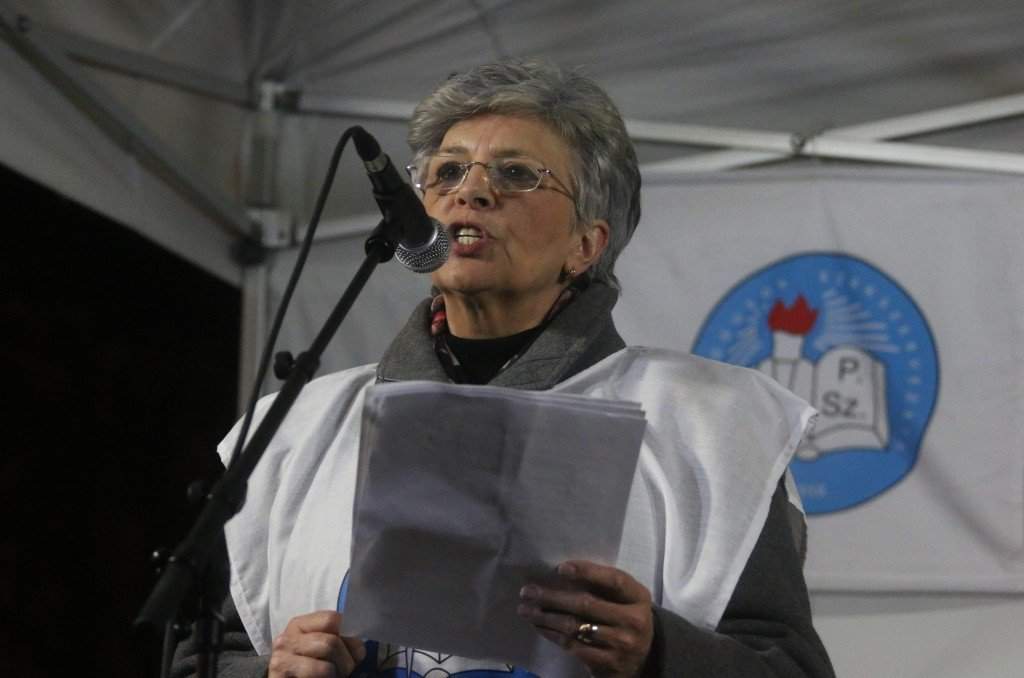 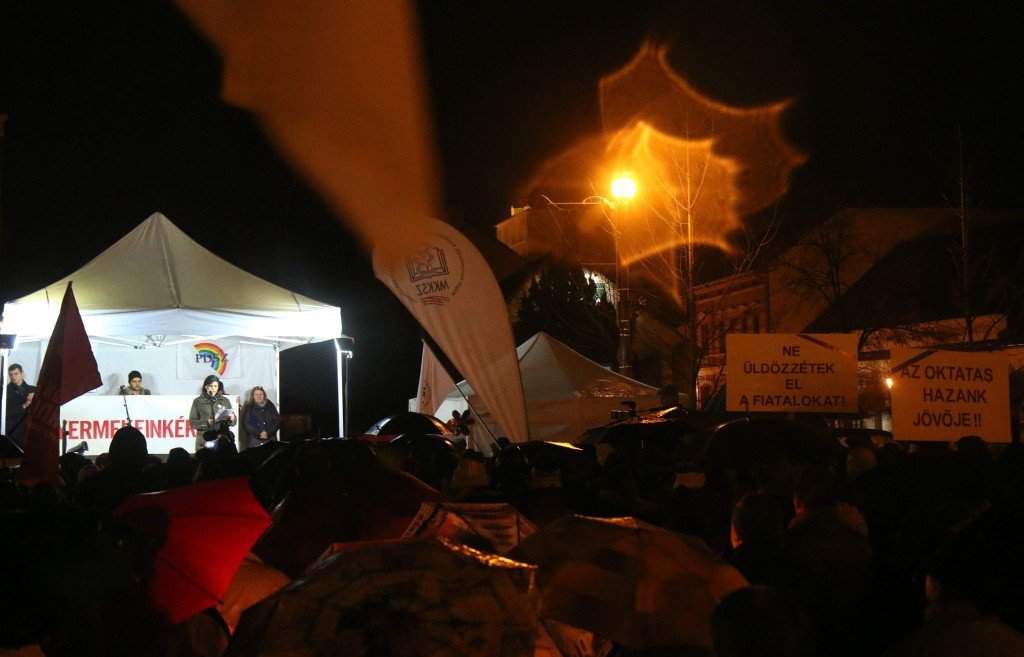 Sándor Koroknyai of the opposition Solidarity movement said in Szombathely that the demonstrations were not about the teachers but the students.

The Liga union alliance issued a statement declaring its solidarity with those taking part in the demonstrations and expressed its concern over the state of public education in Hungary.

Dóra Dúró, deputy group leader of radical nationalist Jobbik, said the party firmly rejects “the one-party state method” by which teachers face losing their jobs if they express their opinion. Klik is dysfunctional, teachers and students are overburdened and text books are poor in content, she said.

Bence Rétvári, state secretary at the human resources ministry, said earlier that a roundtable involving professional organisations, employers, employees, parents and students would be organised for February 9. Representatives of the state, the school operator and professional teacher trainers would also be invited, Retvari told a press conference earlier. He said these talks would be “one of a kind” as never before have so many sides sat at a negotiating table in Hungary. Rétvári also said wage hikes for teachers would continue next year. He said the centralised education system had its merits, such as fewer school mergers and closures, wider free textbook and free meals schemes and less administration for teachers.

István Hollik, a lawmaker for the allied ruling Christian Democrats, said prior to the demonstration that for the governing Fidesz and KDNP parties, children and their interests are the most important, adding that teachers are being used by parties “of the failed political left” for their own political purposes.

István Hiller of the Socialist Party who served as education minister from 2006-2010, said that an education system functions well only in a country where children are in the focus. But this is not the situation in Hungary today, where the central government body responsible for managing schools (Klik) “is more important” than the students, he said.

István Ikotity, a lawmaker for LMP, said public education must not be a matter of party politics, but instead subject to consultations between the government, teachers, their unions and the students.

Richárd Barabás, board member of the Dialogue for Hungary (PM) party, said that education, the future of Hungary’s youth and the situation of teachers are important matters for everyone.