The beautiful bridges of Budapest

There are many bridges connecting Buda and Pest above the Danube. Some of them became symbols of the Hungarian capital due to their beauty. However, there are others that are notable for their practical features. Whether they are old or modern, exploring them is a great adventure. Magyarorszagom.hu collected the most important facts about these bridges.

There is no doubt that this bridge is one of the most famous and most popular bridges in Budapest. It connects the Four Seasons Gresham Palace and the Buda Castle District. Széchenyi Chain Bridge was being built for nine years and got finished in 1849. There is a pair of stone lion statues on each end of it to protect the bridge. Furthermore, this Classic style attraction got its name after the chains hanging between the 48 metres tall columns.

This is the second oldest bridge in Budapest, which connects not only Buda and Pest but also the Margit Island between the two. Its six arches are connected by seven columns, which were decorated by French artist Thabard. On the contrary to the Chain Bridge, Margit Bridge does not have a luxurious style and does not aim to stand out from its surroundings. Unfortunately, it had been blown up twice: by the escaping German troops during the Second World War, and in 1944. After that, it got renovated and visitors can admire its original look even today. 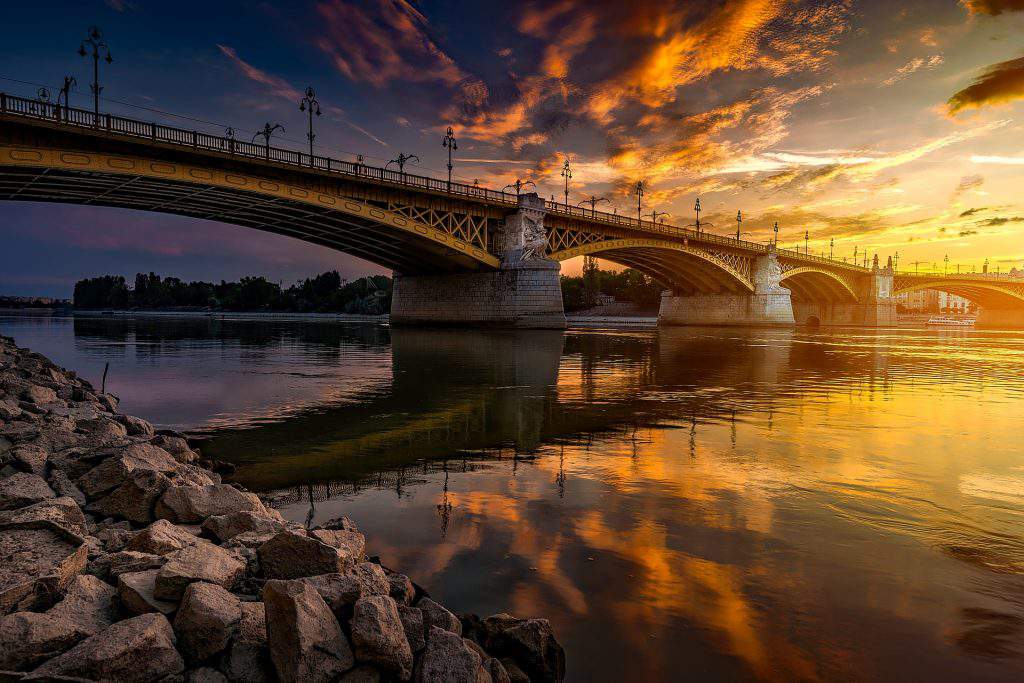 This bridge, which is the shortest out of all in Budapest, was finished before the millennial celebration in 1896. It is a cantilever bridge with a Secessionist architectural style. It also got damaged during WWII. However, the bridge got entirely renovated by 1946. 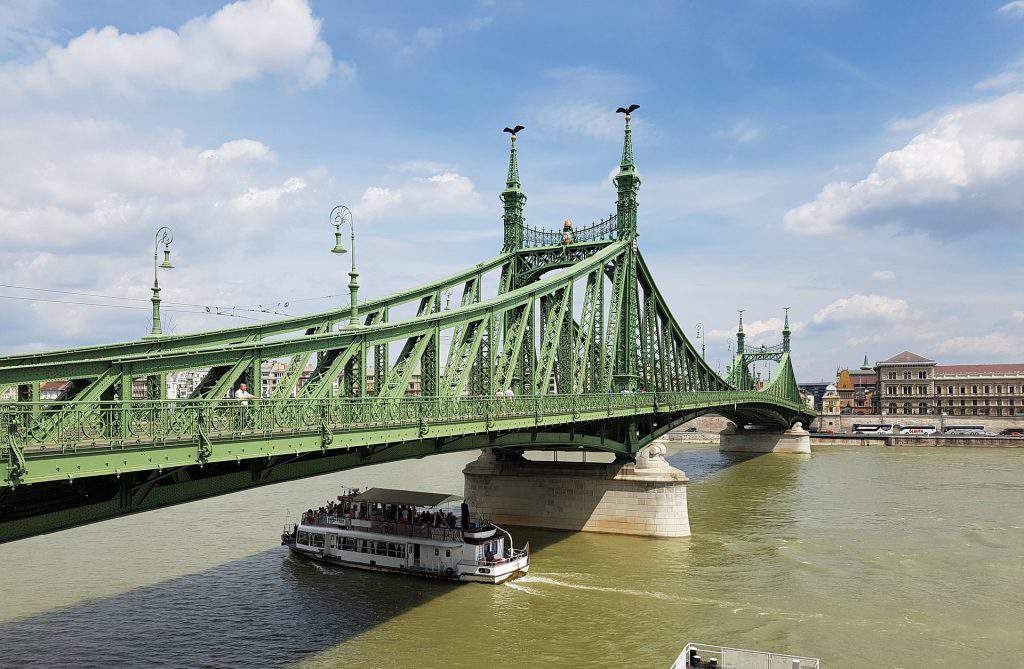 Erzsébet Bridge got its name after Elisabeth Wittelsbach who was also known as Sisi for many people. The bridge was originally built as a chain bridge and started functioning in 1903. After the destruction of it in WWII, it was the only bridge that got not renovated according to the original construction plans.

It connects Boráros Square (Pest) and György Goldmann Square (Buda). Its low-key style perfectly represents the Hungarian situation after WWII. Originally, this bridge was named after Miklós Horthy but got renamed in 1952.

Árpád Bridge got its name after Hungary’s Grand Prince who was the leader of the Hungarian tribes’ confederation in the 9th and 10th century. The bridge connects Pest and Óbuda and generally handles big traffic during the day. Because of WWII, its construction had to be suspended for a while. Therefore, it got finished only in 1950, after eleven years. Due to the communist regime, it was first called Stalin Bridge but got its new name in 1958. After its renovation in the 1980s, there are two railway lines for trams and six lanes for cars on it.

This bridge lies in the most southern part of Budapest and it exists since 1895. It was Lágymányos Bridge originally but was named after the famous Rákóczi family after that. The MÜPA (Palace of Arts) and the Hungarian National Theatre are near to its end in Pest.

This is the youngest and longest bridge in the area of Budapest. Its construction had been planned since the 1990s but eventually started only in 2006, lasting for two years. There was a voting about the newest bridge’s name and even though Stephen Colbert American comedian came out as a winner, the bridge still got the name Megyeri.

Are you interested in the newest addition? Here is how the brand-new bridge is going to look like, check it out.