The story of the fastest Hungarian swimmer who portrayed Tarzan 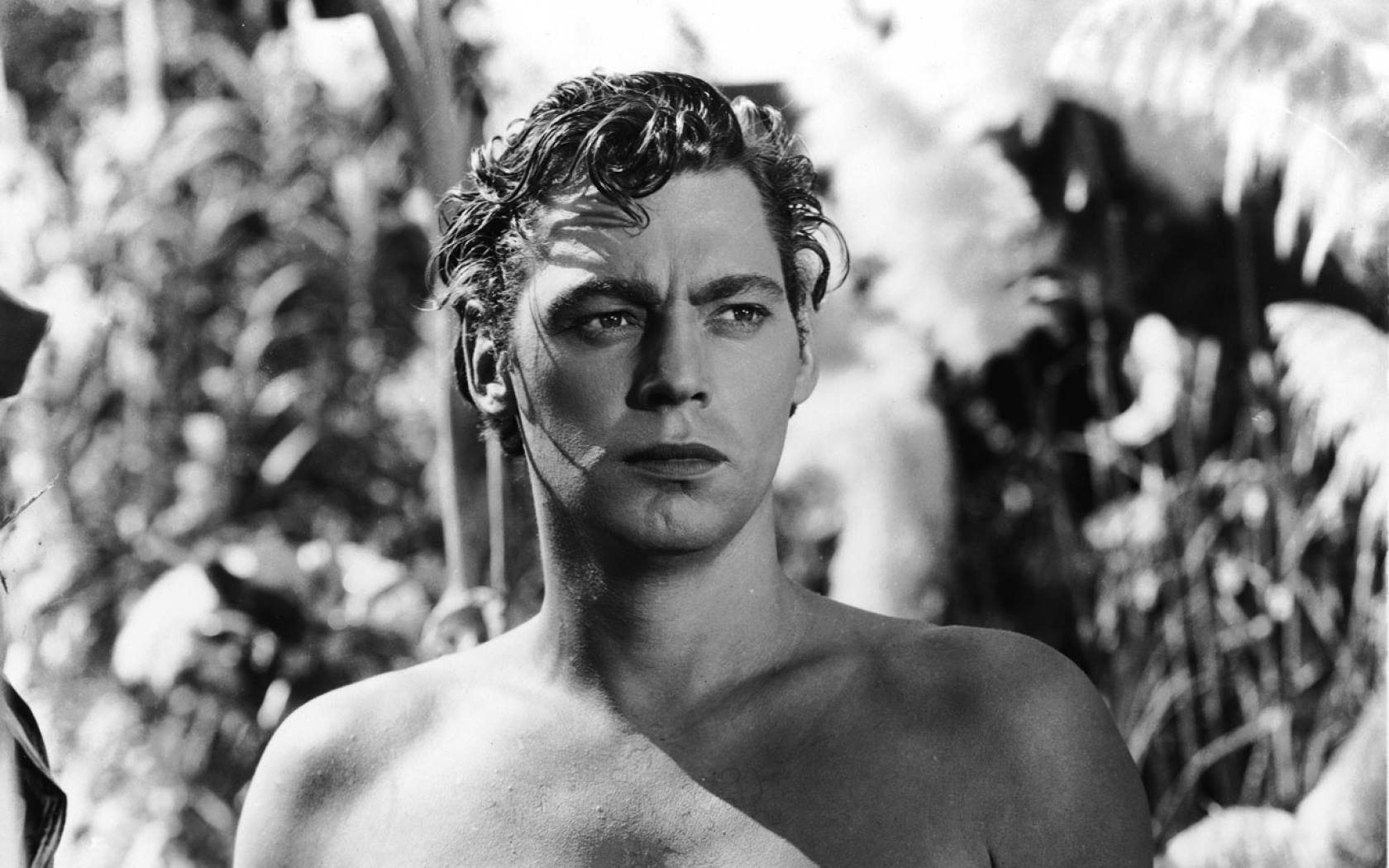 A feral child in the jungle of Africa, raised by the great apes, who later experiences civilisation, but he cannot leave the wild, and goes back to his monkey family. Everybody is familiar with the story of Tarzan, and many people saw the Disney cartoon or the movie with Alexander Skarsgard. But not everybody knows that the first sound Tarzan movie was released in 1932 and the title role was played by a Hungarian man who before his acting career won five Olympic gold medals.

Johnny Weissmuller (born as Johann Weißmüller) was born on June 2, 1904, in the Austrian-Hungarian Empire in the village of Freidorf (Romania, Hungarian: Szabadfalva). Both of his parents were Banat Swabians (ethnic German population in the southeastern part of the Kingdom of Hungary) and had Hungarian origins.

The little Johnny was baptised in that village and because it was populated by Hungarian people he got the name, János Weißmüller. 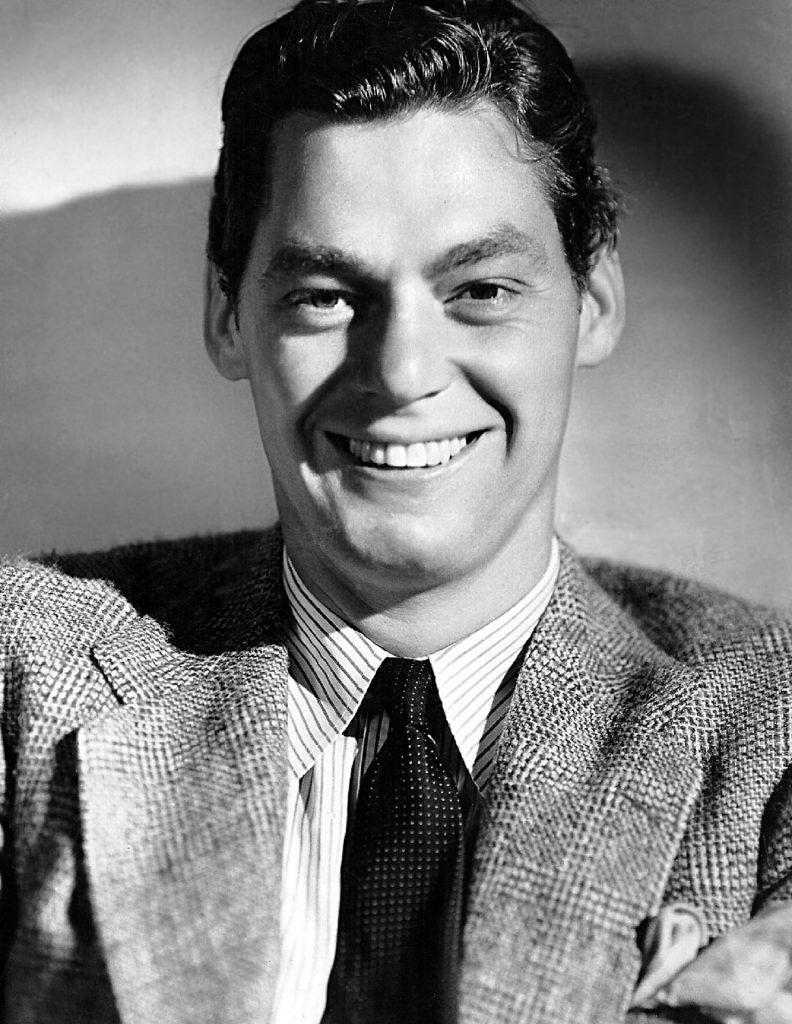 Unfortunately, the little boy could not spend his time in this Hungarian region because he and his parents emigrated to the United States in the same year he was born. They arrived in New York City on January 25, 1905. The Weißmüller family later settled down in Windber, Pennsylvania. After they got the American citizenship, little János Weißmüller got the name, John Weissmuller.

At the age of nine, Weissmuller contracted polio which is a rare infectious disease which causes weakness in the muscles. The doctor who examined the little boy suggested him to take up swimming to use his muscles extensively every day. Weissmuller took his advice and began to take swimming lessons.

Despite his disease Weissmuller became a better swimmer every day. American swimming coach and water polo player William Bachrach noticed the boy’s talent and told him to enter swimming competitions. 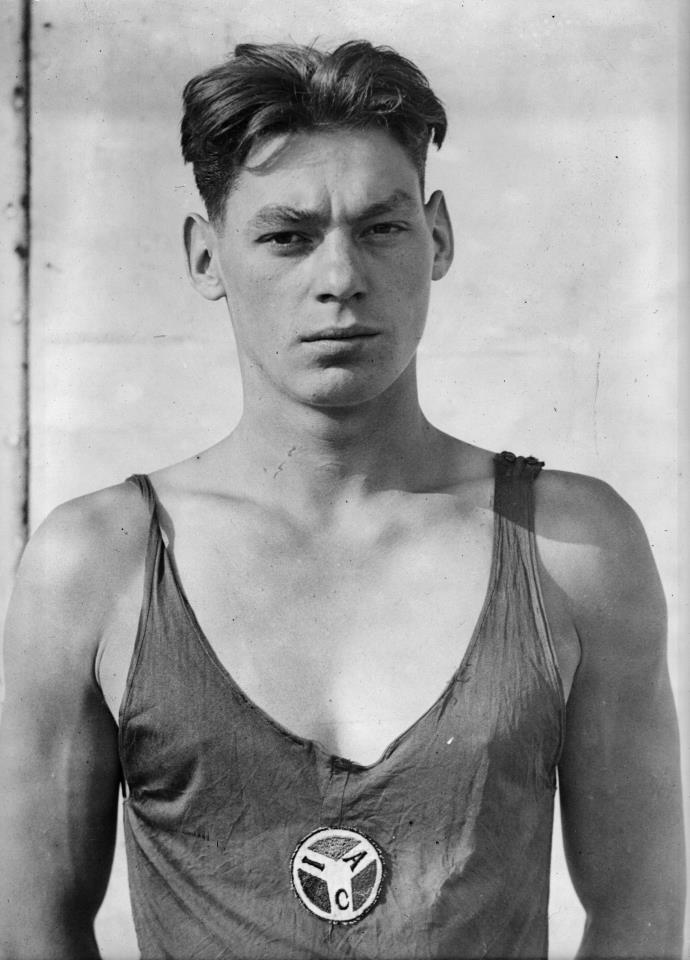 In August 1921, Weissmuller won the national swimming championship and became the member of the American Olympic Team.

On July 9, 1922, Weissmuller broke the world record of Hawaiian swimmer Duke Kahanamoku in the 100-metre freestyle, swimming it in 58 seconds! In 1927 he set another world record in the 100-yard freestyle with 51 seconds.

He took part in two Olympic Games: in 1924 in Paris and four years later in Amsterdam. He won five gold medals, one bronze, and besides the Olympic Games, he also won fifty-two United States Championships. He set up sixty-seven world records and became the first man in history to swim the 100-metre freestyle under one minute. 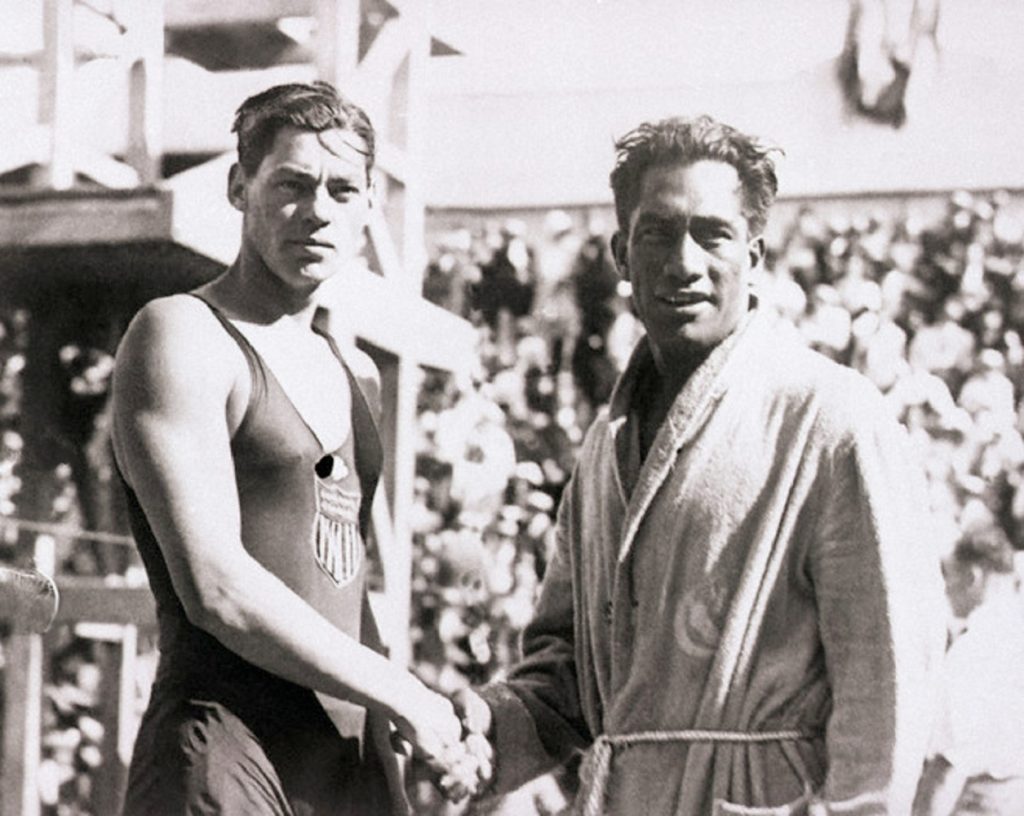 In 1929 he ended his swimming career and signed a contract with BVD (formal brand for men’s underwear) to be a model. He travelled throughout the United States to do swim shows while advertising America’s favourite man underwear. He also met with fans and did radio shows and interviews. In the same year, he made his first Hollywood motion picture appearance as an Adonis.

In 1932 he signed a seven-year contract with Metro-Goldwyn-Mayer studio, and after a name change to Johnny Weissmuller, he played the role of Tarzan in the movie Tarzan the Ape Man. The film was a huge success and a massive box office hit and made Weissmuller Hollywood’s biggest sensation.

He starred in six Tarzan movies for MGM one with actress Maureen O’Sullivan who portrayed Jane. Although he was not the first man who portrayed Tarzan (Elmo Lincoln, American silent movie actor portrayed him before Weissmuller), he was the first to be associated with the yodelling sound Tarzan makes.

He left the role of Tarzan in 1948 to make thirteen Jungle Jim movies. After these thirteen movies, he did not make any others which stand out in his career. He only had three iconic roles in his lifetime: Tarzan, Jungle Jim and Johnny Weissmuller. 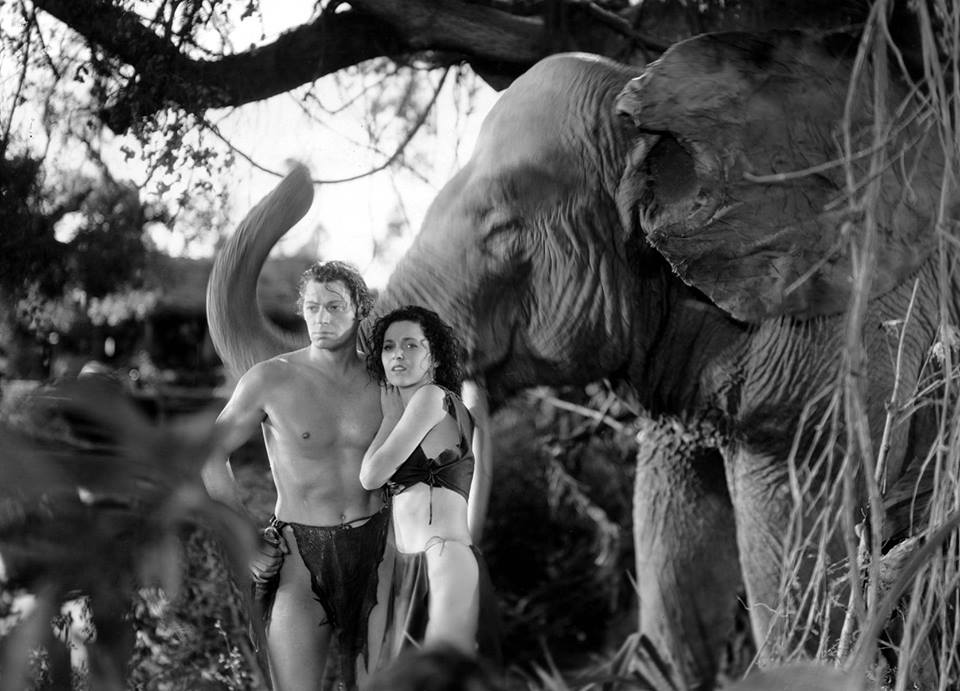 In the late 1950s, Weissmuller moved back to Chicago where he started his own swimming pool company and invested in other business ventures, but he was not successful. He decided to retire in 1965 although after his retirement he still established smaller business companies like his healthy food store chain called Johnny Weissmuller’s American Natural Foods. He lived in Florida until 1973 and then moved to Las Vegas.

He married five times and had three children and a stepdaughter. His most famous wife was Lupe Vélez who was a Mexican-American movie star and stage actress. 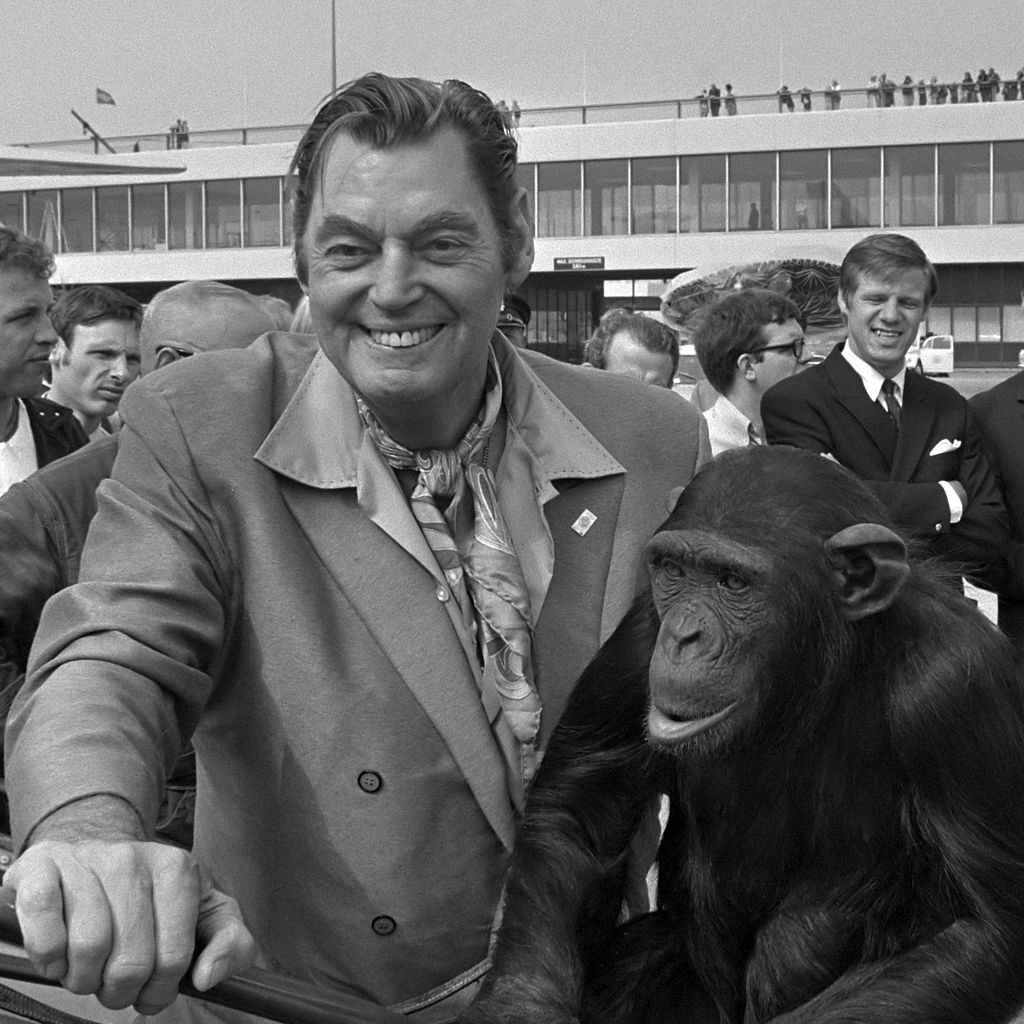 In 1974 he had an accident and broke his hip and legs. He was immediately taken to hospital where he was told by doctors that despite his swimming career and healthy lifestyle he has serious heart problems. In 1977 he suffered several strokes and spent most of his time at hospitals. In 1979 he moved to Acapulco, Mexico with his last wife.

On January 20, 1984, the Hungarian Tarzan died at the age of 79 and was buried in the cemetery of Acapulco. As his coffin was lowered into the ground, a recording of the Tarzan yelling he invented was played three times.

“I can only say that working with Big John was one of the highlights of my life. He was a Star (with a capital “S”), and he gave off a special light, and some of that light got into me. Knowing and being with Johnny Weissmuller during my formative years had a lasting influence on my life.” – said Johnny Sheffield, his formal co-star.

Listen to the iconic Tarzan yodelling invented by Weissmuller in the video: