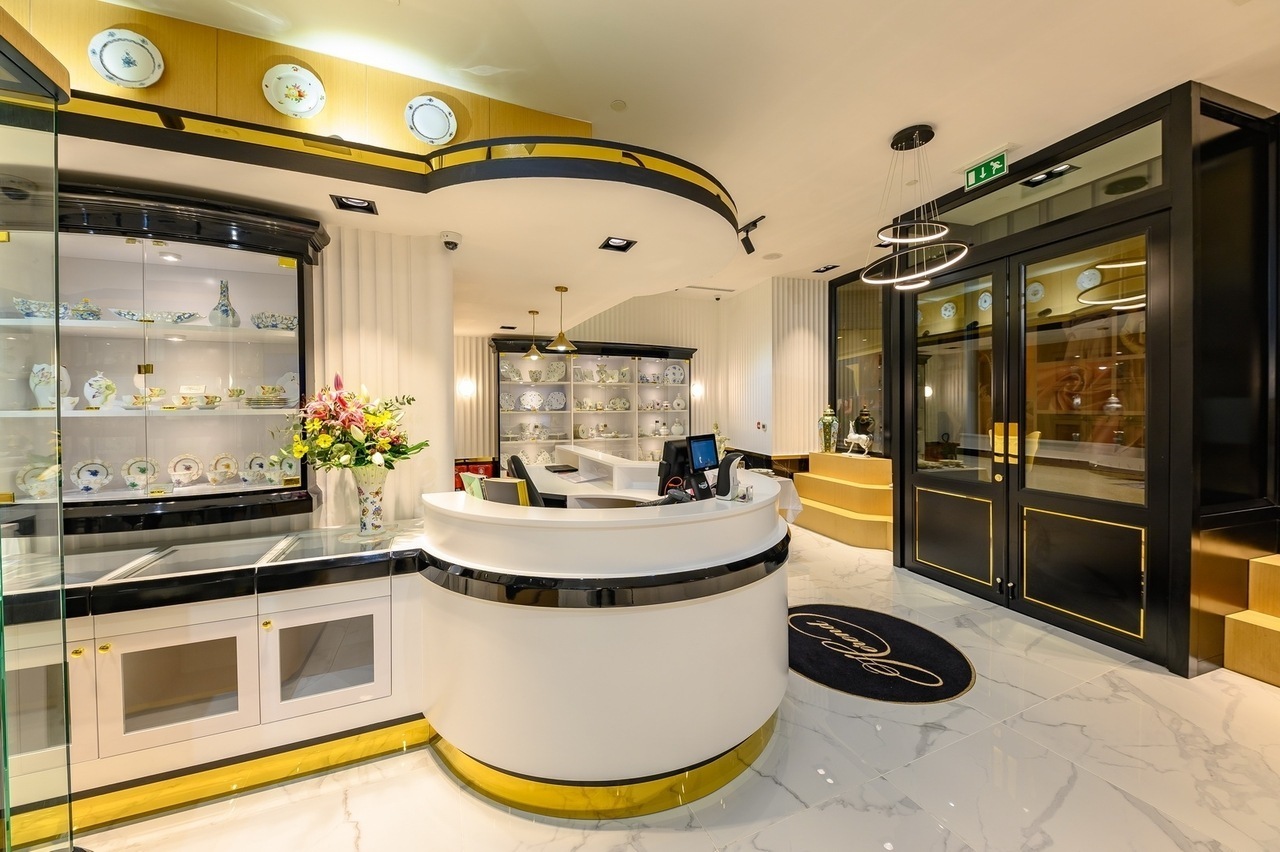 Herend Porcelain, one of if not the most well-known Hungarikums, have expanded their empire of luxury china products by teaming up with a company in Abu Dhabi, making it possible for the first Herend brand store to be opened in the United Arab Emirates.

According to the website of the famous Hungarian company, Al Mazroui Group has contacted them and ended up partnering with Herend Porcelain Manufactory. As the company was able to keep up with the luxury quality of the Hungarian china products, Herend decided to create the new Herend United Arab Emirates group. Thanks to this new group, the United Arab Emirates and the Gulf region can enjoy the beautiful hand-made and hand-painted Hungarian porcelain products. Still, the company also planned to expand its range beyond European porcelain products. If you would like to know more about the brand, we recommend you to read THIS article.

The only thing that had remained now was to choose the perfect place for the new Herend store that would attract the wealthiest customers who can afford to decorate their homes with one of the most elegant Hungarikums. The newly founded Herend United Arab Emirates have considered many locations before settling with a store in the famous Avenue at Etihad Towers, a place for luxury boutiques of the highest quality of brands only for the most affluent fashion, jewellery and art connoisseurs. 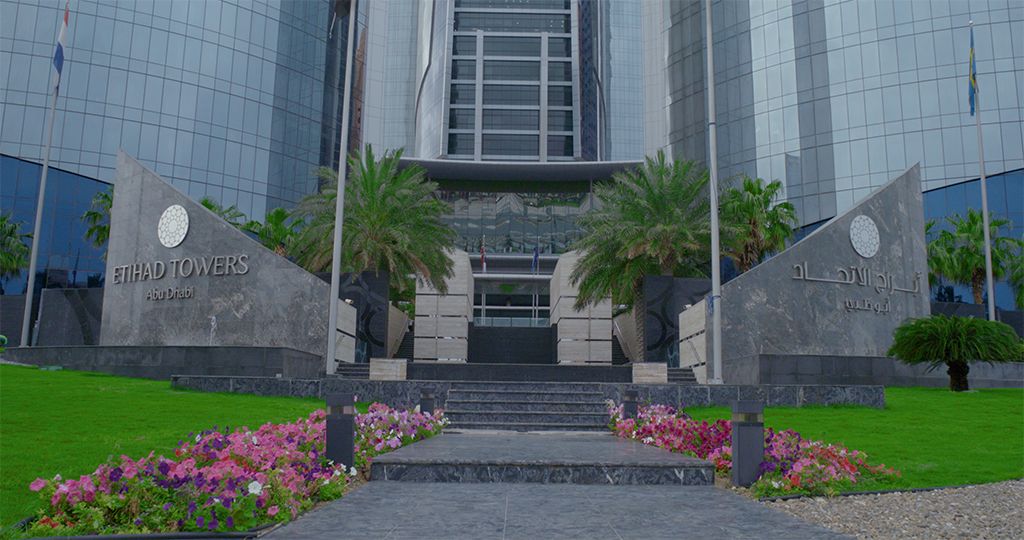 According to Herend, “it is the ideal location to attract high-profile clients, such as royals, members of the country’s most influential families as well as wealthy tourists from neighbouring countries”.

Not only the location but also the looks of the brand-new store was carefully considered. As the company puts it, this is a “stepping-stone” that might establish them in the Eastern market and introduce the brand to the most affluent of the United Arab Emirates and the Gulf region. Because it is so important, everything was designed and planned with the utmost care and precision. 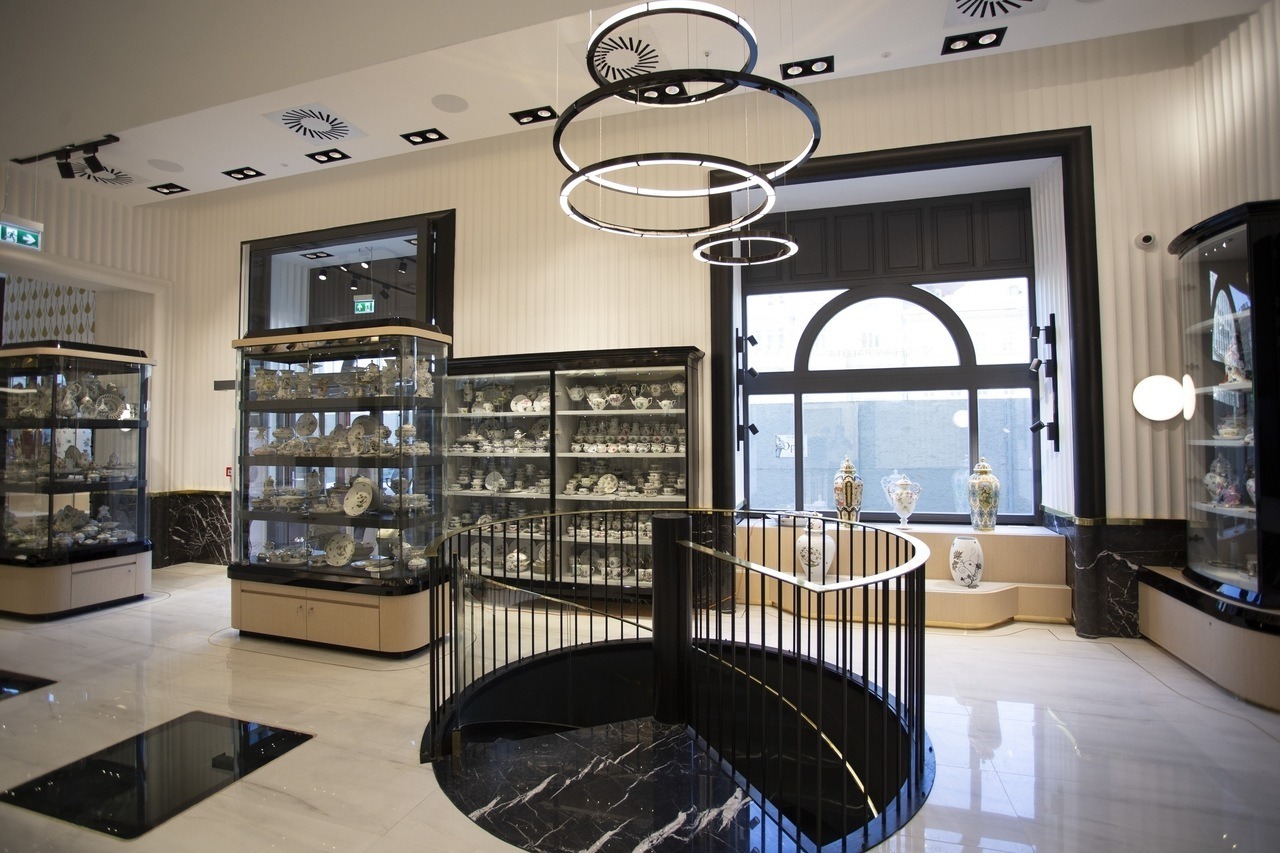 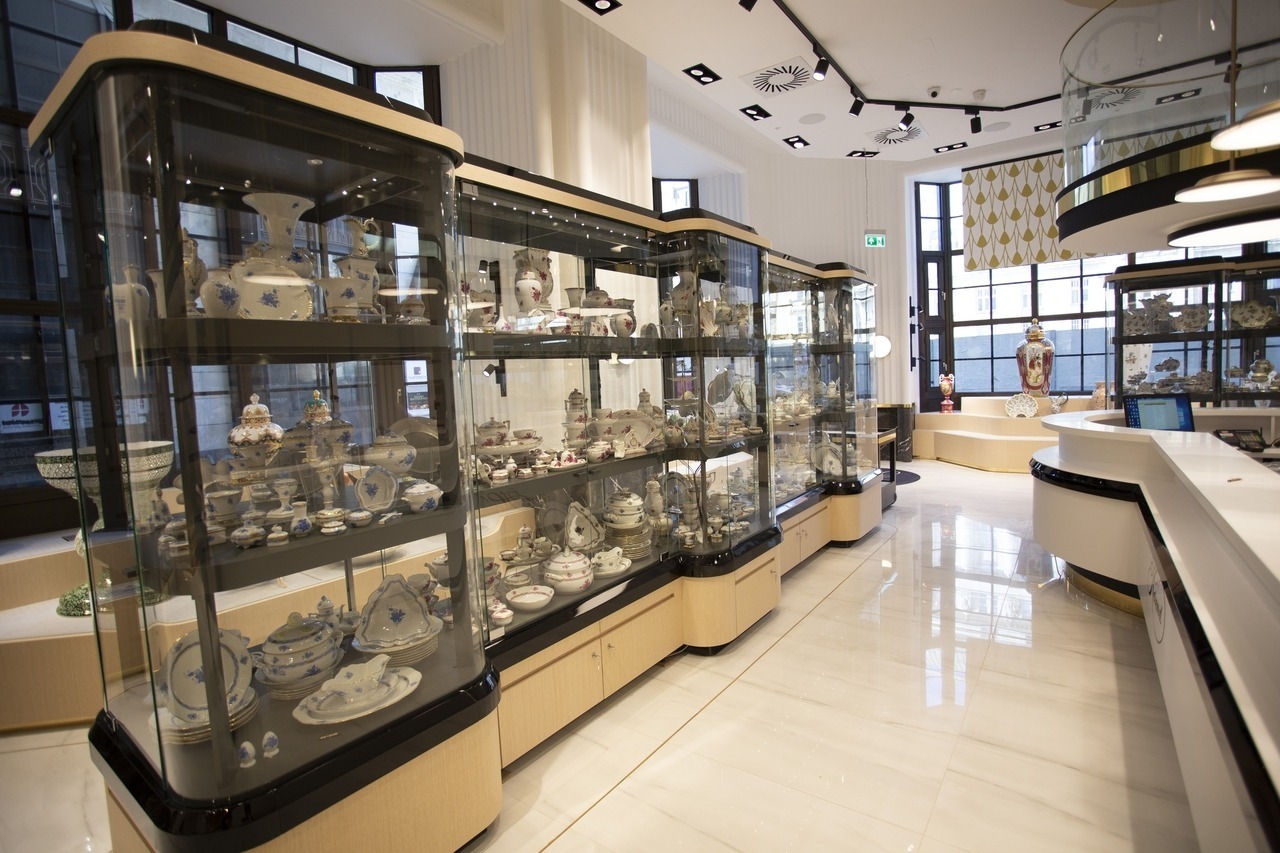 For their new boutique in the Avenue at Etihad Towers in Abu Dhabi, the company used its flagship and iconic Budapest store, the Budapest Porcelain Palace. They aimed to invoke the atmosphere of their Hungarian store but present it for the Eastern market.

For the most part, the design of the store remained faithful to the one in Budapest. The interior radiates “European elegance”. The floor is marble, just like in the Porcelain Palace, and the primary colours of the store mainly remained the same; black, white, oak and gold. The iconic piano-black cabinets with white interior have made their way into the new store, as well as the oak shelving around the bottom of the cabinets and as a whole separate wall, just like in the Hungarian flagship store. The main difference might be a bit of heavier use of gold accents. 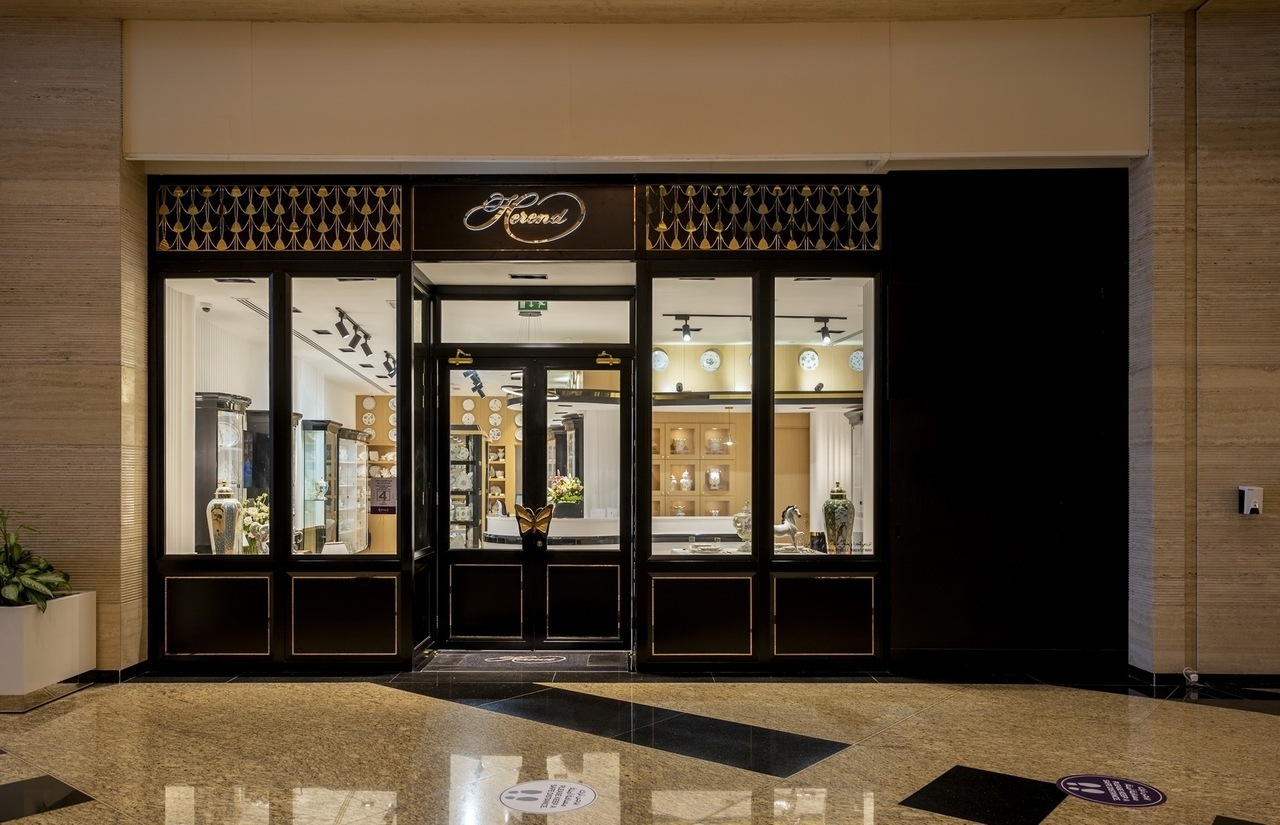 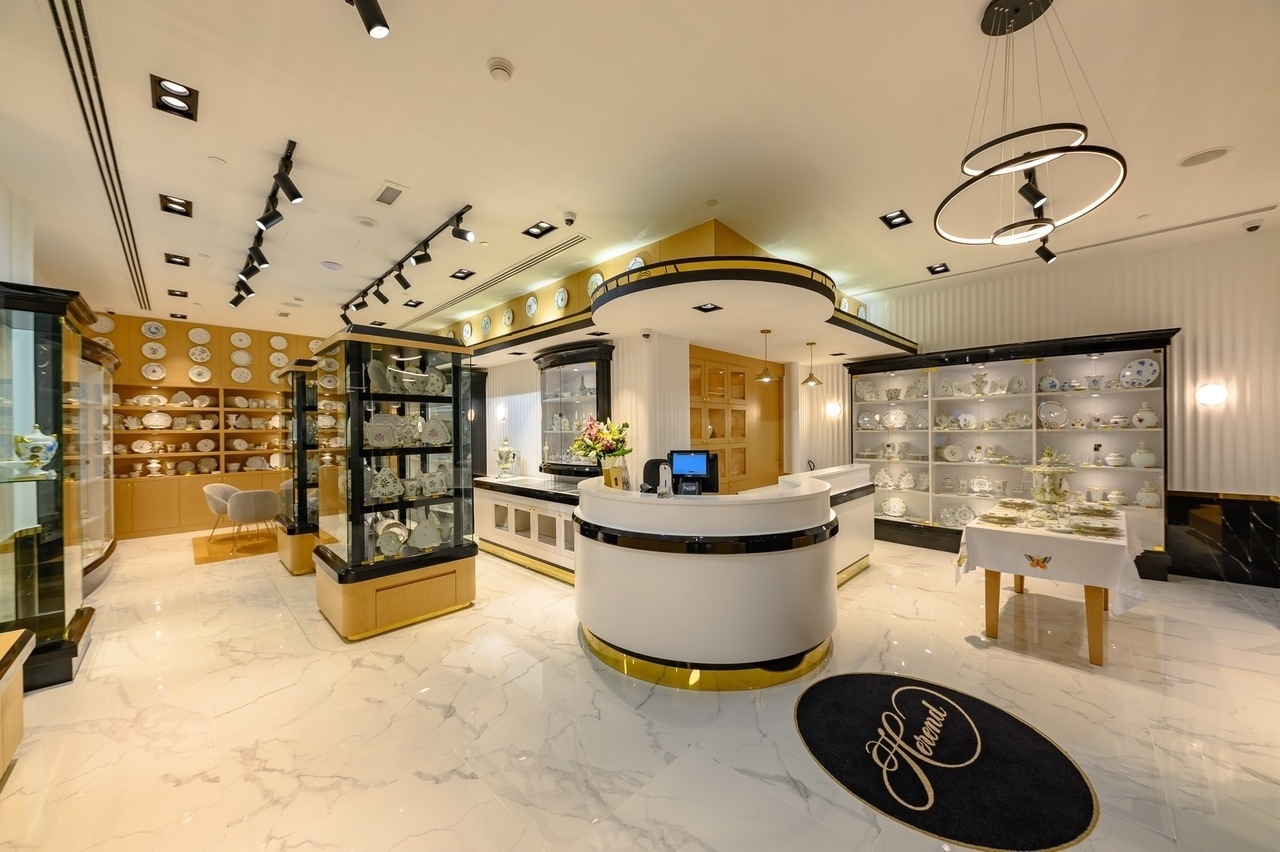 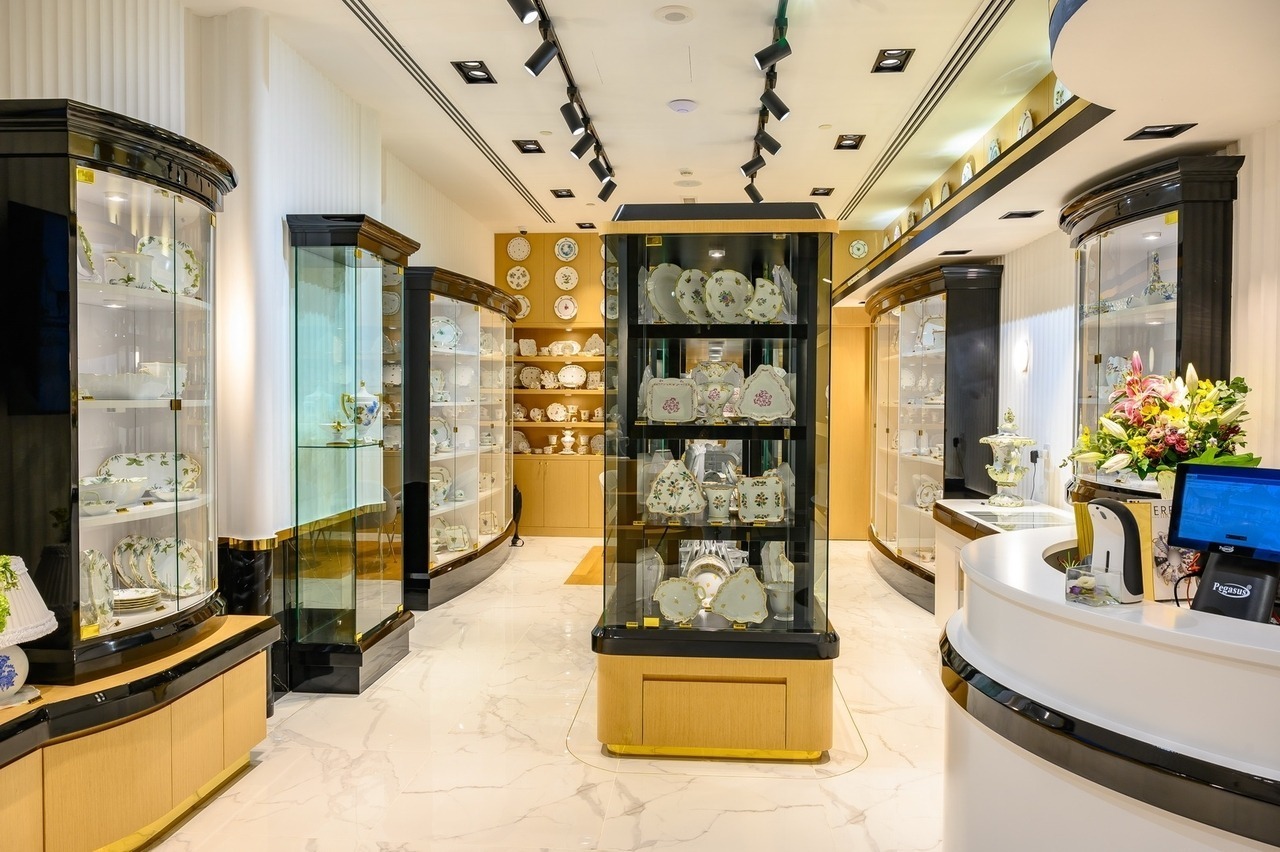 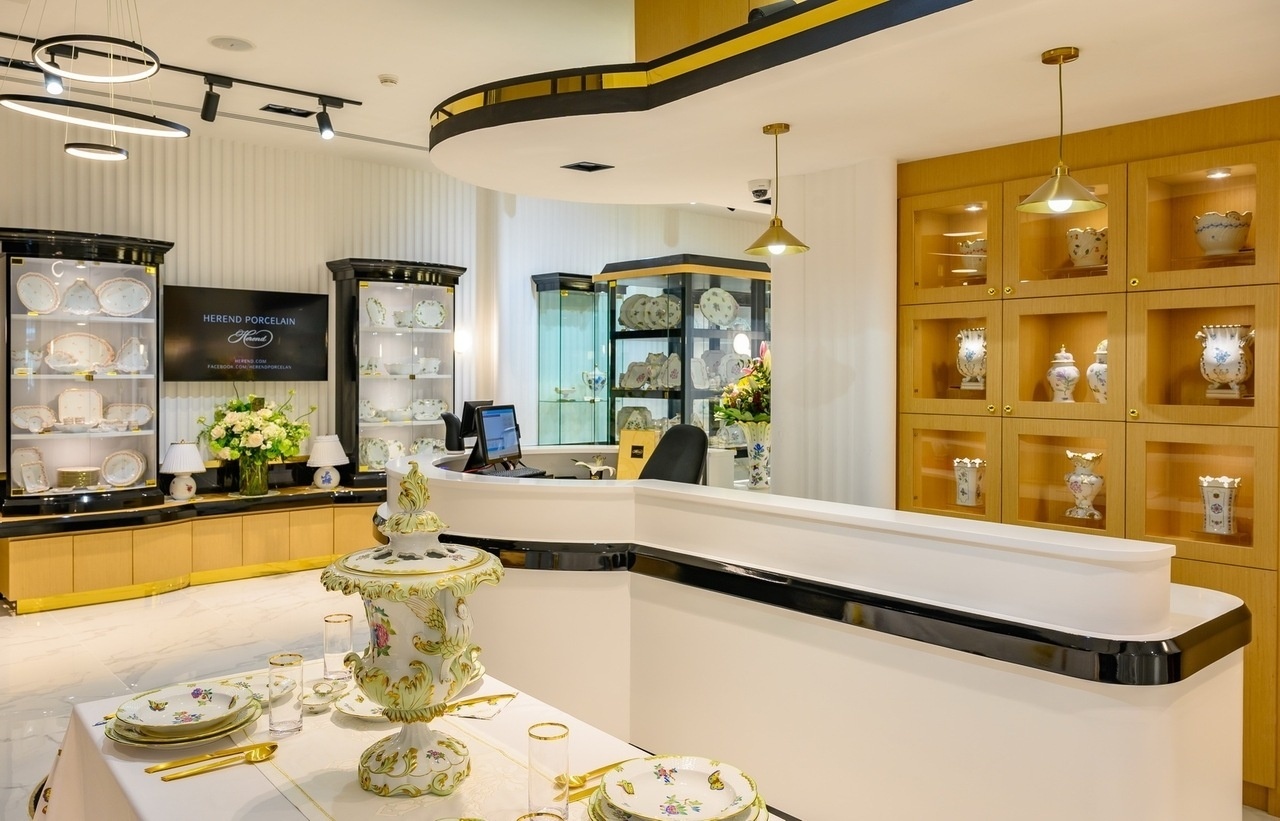 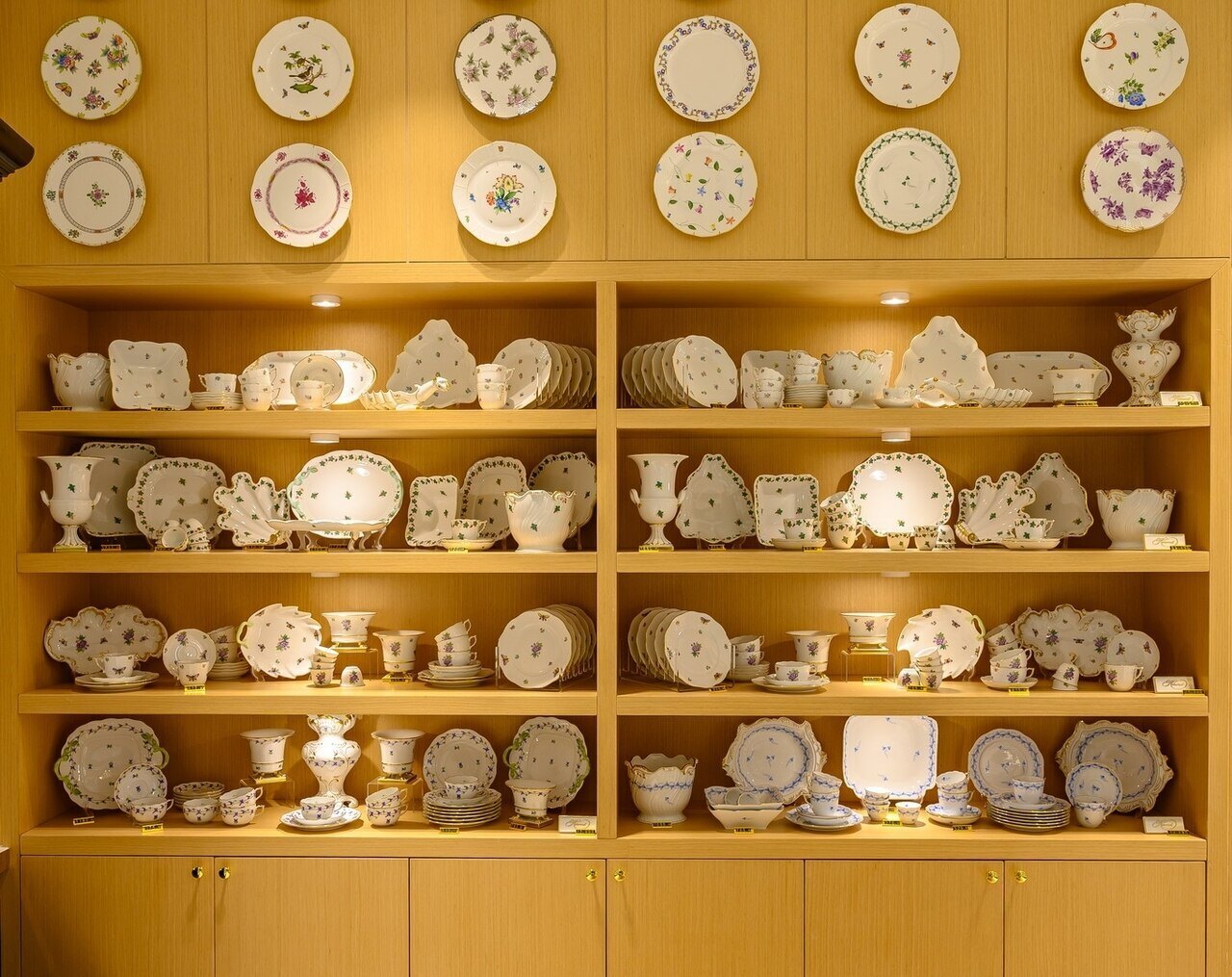 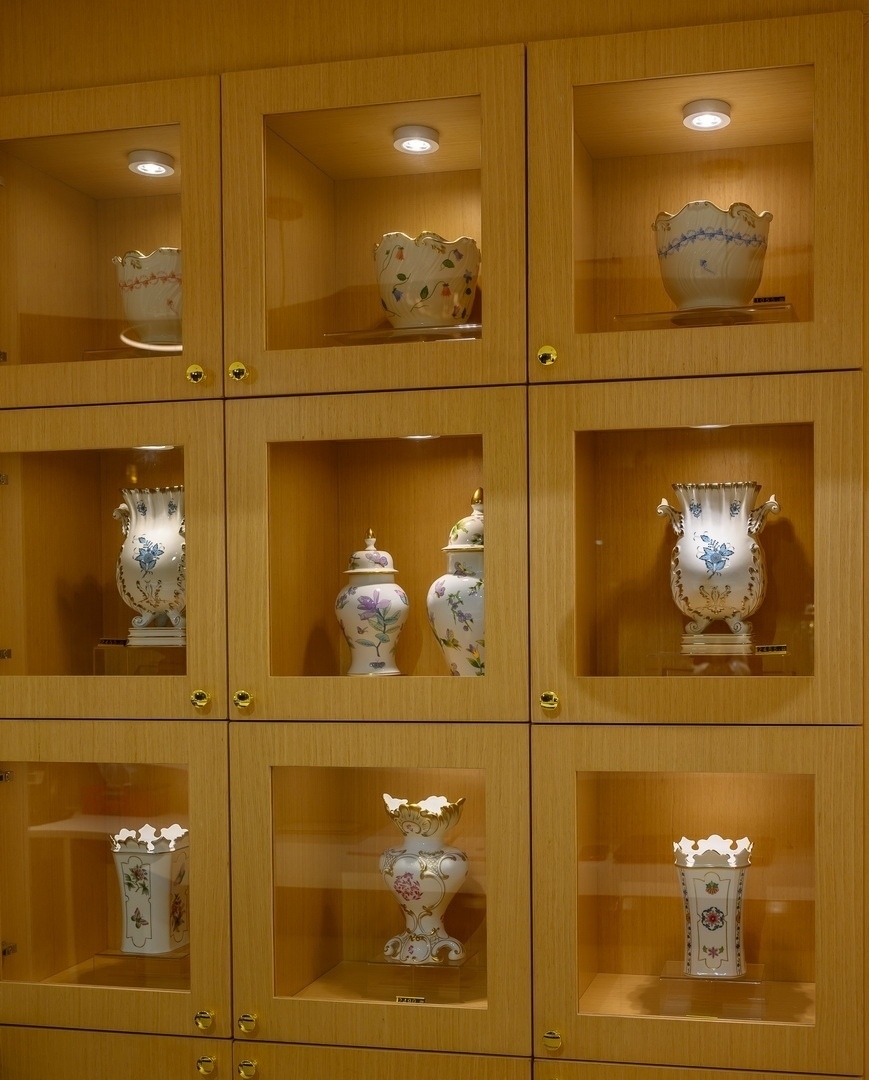 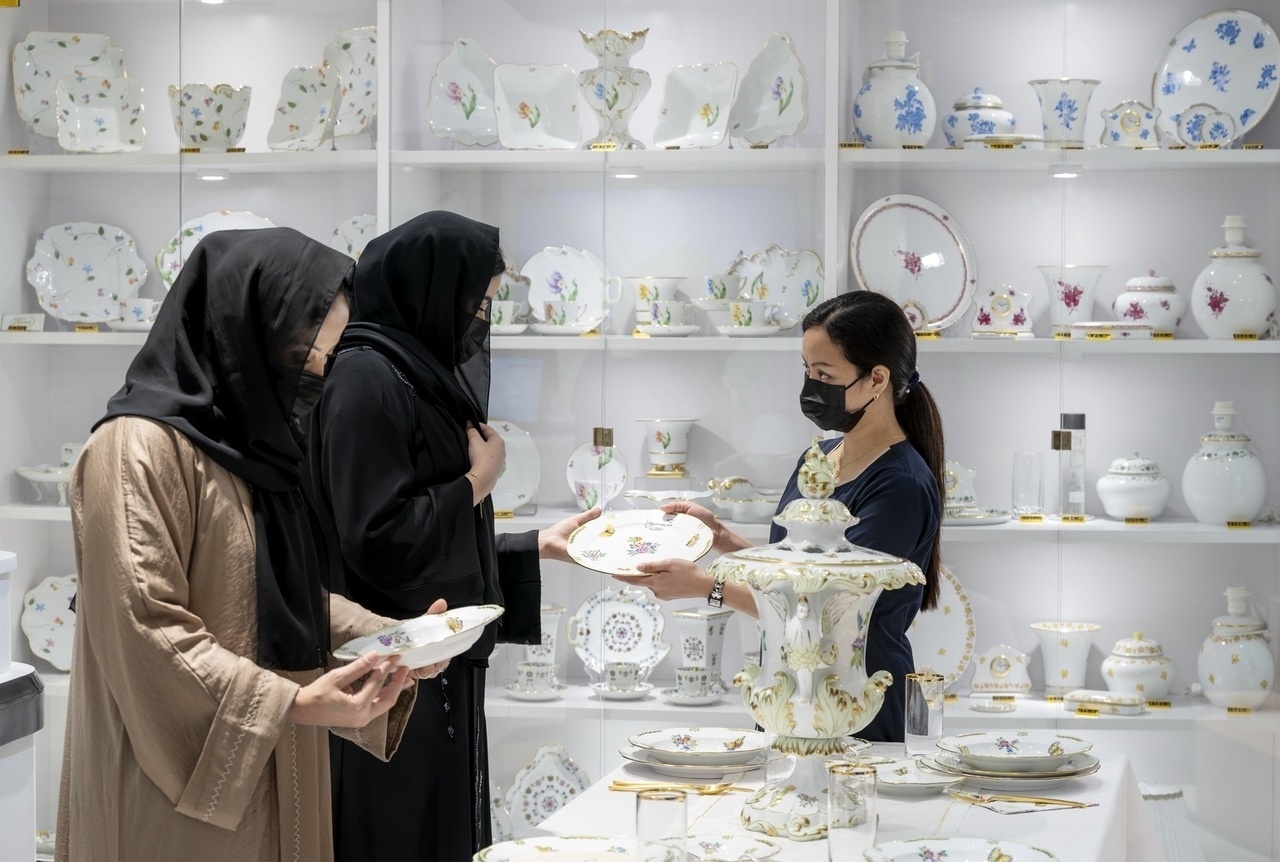 The Arab customers of the store might be happy to see that besides the typical European-style dinnerware, vases and coffee and tea sets and Hungarian Herend product lines like Victoria, Rothschild, Batthyány and Apponyi, the Arabic finjan is also available to be purchased.

“The Herend artists have used their expertise in creating unique pieces of porcelain to rework this traditional cup, emblematic of the Arab world,” – can be read on the brand’s official website.